BACARDI, the world’s most awarded rum, is pleased to announce the eagerly-awaited digital release of the music from its new TV commercial ‘Island’.

The track, called ‘Danca Loca’, was created especially for BACARDI by legendary producer Sao Benitez under the Mr. Bongo record label. It’s the perfect collaboration for BACARDI, a long-time supporter of musical innovators. Harnessing the talents of a select group of artists, Sao Benitez has successfully captured in his music the warmth, passion and Latin spirit of BACARDI Rum.

It’s these qualities which are celebrated in the new commercial, part of the ‘Spirit of BACARDI’ global advertising campaign, created by Young & Rubicam Advertising. In the new ‘Island’ spot, a group of friends demonstrate their optimism, creativity and passion as they come together to create their very own, temporary island in an urban space. Accompanied by the sounds of ‘Danca Loca’ they celebrate their distinctive attitude to life – an innate desire to invite, share and enjoy with as many others as possible.

BACARDI Rum has a reputation for being an innovator. Its founder Don Facundo Bacardi revolutionised the world of spirits when he created BACARDI Rum nearly 150 years ago. As the ultimate mixing spirit, BACARDI went on to become the original rum used to create legendary cocktails like the Mojito, the Cuba Libre and the Daiquiri.

The track, ‘Danca Loca’ by Sao Benitez, will be available to buy on iTunes, Amazon, eMusic and other digital retailers.

About BACARDI Rum – The World’s Most Awarded Rum

In 1862, in Santiago de Cuba, founder Don Facundo Bacardi Masso revolutionized the spirits industry when he created the world’s first premium white rum – BACARDI. The unique taste of BACARDI Rum inspired cocktail pioneers to invent some of the world’s most famous drinks including the Mojito (1862), the Daiquiri (1898) and the Cuba Libre (1900). Today, BACARDI Rum is made in Puerto Rico and Mexico where it is crafted to ensure that the taste remains the same today as it did when it was first blended in 1862.

Sao Benitez is DJ, producer and musician Ben Mitchell. His DJ sets are legendary for their uplifting blend of Latin, batucadas and funky soulful vibes that reflect his own productions. Sao Benitez’ music is for anyone who likes to have fun and dance! The positivity of the music has a truly global appeal, drawing influences from the US, Brazil, Japan and European club cultures. He has collaborated with many international performers and played all over the world with his 10-piece band. Sao Benitez’ second album ‘Feeling High’ will be released later this year.

Mr Bongo is Europe’s foremost specialist in quality Latin American music. The Mr Bongo record label is responsible for bringing the classic sounds of Latin legends across the Atlantic and recording the wonderful sounds of many Latin luminaries in South America. As well as capturing these legends, Mr Bongo has also kept its finger on the pulse of fresh contemporary talent and the new wave of underground Brazilian party music known as ‘Baile Funk’. Mr Bongo is proud to be celebrating its 20th year, whilst still maintaining a dedicated following and impressive reputation. 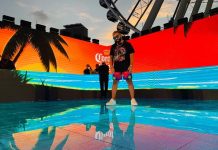 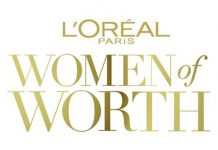 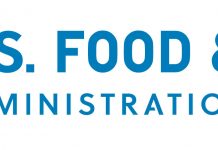