With 204 pages of exclusive celebrity interviews and fashion-forward photography, the sexier, sleeker “50 Most Beautiful” issue transcends the language barrier, making it a “must-have” for all consumers who are inspired by celebrity, beauty and fashion, and the “It Factor.”

“My goal was to deliver the single most beautiful magazine in the history of Spanish-language media,” says Richard Pérez-Feria, editor of People en Español. “I feel confident that our readers will embrace and celebrate the exceptional beauty featured in this issue.”

Also accompanying the issue’s debut is a two-hour behind-the-scenes TV special airing on Sunday, May 2 on the Telemundo network. Now in its second year, the special will unveil the complete list of “beauties” and feature photo shoots and exclusive interviews.

On Wednesday, May 19, the “50 Most Beautiful” issue will come to life at the 3rd annual celebrity gala at Splashlight Studios in New York City. The evening will feature red carpet arrivals and a musical performance by Puerto Rican singer Luis Fonsi. The event is being sponsored by American Airlines, Johnnie Walker, Matrix and Maybelline.

All that and much more in the latest issue of People en Español.

People en Español was launched in 1998 and today is the best-selling Hispanic magazine in the United States. Each month, the publication reaches more than four million readers with an exciting editorial mix of Hispanic and mainstream entertainment coverage, fashion and beauty service and compelling human-interest stories. Distinguishing itself from its English-language counterpart, People en Español delivers original editorial content that captures the values, contributions and impact of Hispanics in the United States. 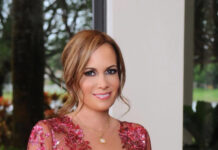 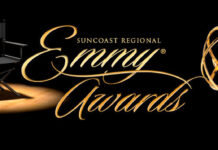