NEW YORK, Feb. 3, 2011 /PRNewswire-HISPANIC
PR WIRE/ — As part of its yearly tasks, COMPTEL, the association representing the telecommunications industry in the U.S., collects information supplied by the Trade Representative (USTR) office, about the development and opportunities in the telecommunications industry worldwide. Derived from this information, COMPTEL recently evaluated the issues currently faced by two distinct countries for the industry and the American market: Germany and Mexico.

These countries are known to offer the most active markets for telecom operators and consumers in the U.S.; however, according to COMPTEL, they
are also plagued by setbacks and barriers.

In the case of Mexico, COMPTEL states that even after constant requests and complaints from competitors, the Mexican government has not taken precise measures to restrain both subsidiaries of America Movil: Telmex, currently supplying 80% of fixed telephony services, and Telcel, currently supplying 70% of mobile telephony in Mexico; these two companies earned their huge market share not necessarily because of the authentic consumer choice, but more by using business practices considered to be monopolistic.

According to COMPTEL, the actions issued by the Federal Telecommunication Commission (COFETEL) to sanction Telmex, have not been implemented by the Secretariat of Communications and Transportation (SCT)(1), hindering the development of competition in Mexico.

Furthermore, COMPTEL highlights the following main
anti-competitive activities that Telmex, have been perpetuating since 1991, the year that telephony was privatized in Mexico:

These practices and abuses are already well known by competitors and users, but continue to go unpunished for lack of authority and real regulation by the Mexican government.

COMPTEL acknowledges the constant complaints presented by the various competing companies to COFETEL, emphasizing the one presented by Marcatel in November 2008 about deficiencies and interconnection practices, and which so far remains unanswered by the SCT.

Also, describes the recordings that in May 2010, when Telmex inserted into calls made through Marcatel from the U.S. to Mexico stating that, “the long distance carrier was not paying the contracted rate to the local operator (Telmex) and, if that continues, then the local operator will no longer complete calls,” causing confusion and distrust among users.

Telmex then inserted a second recording to a specific operator in
Mexico saying that the long distance operator lost a court decision and allegedly was forced to pay an unspecified amount to the local operator, as a condition to continue providing the service. “This recording affects calls into the three main cities in Mexico and heavily impacts international traffic, particularly calling card traffic from the U.S.”

The analysis developed by COMPTEL was published as a direct appeal to the SCT, the authority responsible for not having resolved these conflicts, all of which, from experience in other countries, have been resolved in a timely manner, making the disposition of the authority prevail.

COMPTEL requests to facilitate the interconnection for Mexican competitors, to fix prices for call termination and an immediate response to complaints submitted by the competing companies to COFETEL, especially the sanctions issued by
COFETEL against Telmex in April 2010, which remain unanswered by the SCT.

For COMPTEL, “the lack of independence of COFETEL from government interference is worrisome,” because it indicates that the SCT is unable to act to resolve the conflicts that have been dragging Mexico and argues that “although the SCT has no direct financial interest in Telmex, it is tied politically to the company.”

In the perspective of Comtel, “it is highly unlikely that SCT will agree to revoke Telmex’s license.” SCT’s track record has been “to ignore COFETEL’s recommendations,” and considers as mistake its lack of action and independence from the COFETEL.

The document also states that one of Mexico’s WTO commitments was to require its major supplier to provide interconnection to its network on non-discriminatory terms and conditions, in a timely fashion and upon request. “SCT’s failure to implement COFETEL’s recommendations, with respect to interconnection, and to resolve Telmex’s disputes with competitive carriers is a violation of Article 2 of the referenced Paper.”

COMPTEL ends the analysis by urging the Office of the USTR to “work aggressively” and to “take appropriate actions to ensure fair and
non-discriminatory market conditions in accordance with the respective trade commitments.”

Based in Washington, D.C., COMPTEL is the leading industry association representing competitive communications service providers and
their supplier partners. COMPTEL members are entrepreneurial companies driving technological innovation and creating economic growth through competitive voice, video, and data offerings and the development and deployment of next-generation, IP-based networks and services. COMPTEL advances its members’ interests through trade shows, networking, education, and policy advocacy before Congress, the Federal Communications Commission and the courts. COMPTEL works to ensure that competitive communications providers can continue to offer lower prices, better service, and greater innovation to consumers. www.comptel.org

This organism is responsible for developing and coordinating the U.S. international trade, commodity, and direct investment policy, and overseeing negotiations with other
countries. The head of USTR is the U.S. Trade Representative, a Cabinet member who serves as the president’s principal trade advisor, negotiator, and spokesperson on trade issues. USTR also coordinates trade policy, resolves disagreements, and frames issues for presidential decision. www.ustr.gov 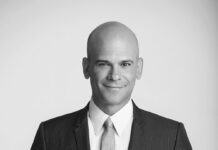