MIAMI, July 27 /PRNewswire-HISPANIC PR WIRE/ — One of the most anticipated books of the year has just been released: the new novel from Arturo Perez-Reverte, “El asedio” (The Siege) — an ambitious, literary work that, in the words of the author “includes the best of my previous novels.” In one of the most intriguing aspects of the story, the city of Cadiz, has been converted into an actual chess board, and the novels many characters move in a dangerous game of chess.

The novels story line is set in Cadiz, from 1811 to 1812, during the French siege in the War for Independence. And although the book is historical, it also presents multiple characters and dramatic narratives that converge in an adventure story, a romance, a detective novel, and espionage. Its also a story thats extraordinarily contemporary. “The historical aspect is only the hook, or basis, for the riddles, intellectual puzzles, and action–with characters that are thrilling, life-like, and adventurous. All this is compiled in a solid and well-told story,” affirms the author.

“When I read the last line on the final page, all I could think was, What a novel Perez-Reverte has written! Im in awe of his ability to entertain and challenge readers with every new novel,” explains Pilar Reyes, editorial director for Alfaguara in Spain. “When we began working on the campaign to launch “El asedio” I told Arturo that we have to call this the novel that has it all. He wouldnt let me. But I still think that he has succeeded in creating the ultimate novel and thats what we have to talk about. Now all of you can read it, and Im certain that youll agree that Arturo has really out done himself this time.

Arturo Perez-Reverte (Cartagena, Spain, 1951) with over 15 million copies sold worldwide is considered Spains most read author. His works have been translated to 34 languages, and four of his novels have been adapted to cinema. He was a war reporter for 21 years, and in February 2003, he was inducted into the prestigious Real Academia Espanola. He is the author, among others, of: “El husar,” “El maestro de esgrima,” “La tabla de Flandes,” “El club Dumas,” “Territorio Comanche,” “La piel del tambor,” “La carta esferica,” “La Reina del Sur,” “El pintor de batallas,” “Cabo Trafalgar,” “Un dia de colera” and also of the historic series “Las aventuras del capitan Alatriste,” which was made into a major motion picture starting Viggo Mortensen.

You may find Arturo Perez-Reverte on the web:

“El asedio” is now available at your nearest bookstore in the US and Puerto Rico.

SANTILLANA AUTHORIZES THE REPRINT OF THIS TEXT FOR THE PROMOTION OF THE BOOK. 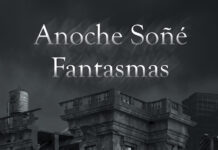 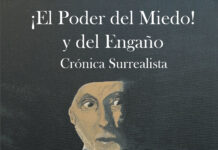