San Antonio, TX–(HISPANIC PR WIRE)–May 21, 2007–Beginning today, customers of the nation’s largest wireless carrier will be seeing more of the new AT&T than ever before as the company prepares to launch the Apple iPhone, one of the most highly anticipated wireless products in recent history. And, according to recent surveys of customers, that’s just fine with them.

The decision to move to this phase of the branding campaign is based on research that indicates that consumer awareness of AT&T — one of the best-known, most durable and iconic brands in the world — is high and ahead of expectations.

The store makeovers are also critical to prepare for the late-June launch of the Apple iPhone, for which AT&T will be the exclusive wireless provider in the United States. Many company-owned stores have also installed kiosks promoting the complete array of AT&T services — wireless, high speed Internet, TV and home phone — in the company’s traditional service area, and several markets are also planning for a new AT&T Experience StoreSM, a high-energy format that encourages hands-on customer interaction.

These broader service offerings are part of the company’s ongoing efforts to integrate its wireline and wireless businesses and further strengthen its position as a complete provider of communications and entertainment services. For example, today in major markets the company is launching new advertising that aggressively touts the value of AT&T services to consumers as compared to those offered by cable providers.

Over the past several months, the new AT&T brand campaign has had a notable marketplace impact. Consumers and businesses worldwide consider AT&T as a leading communications brand and recognize it for meaningful innovation, a commitment to customer service, high quality and exceptional reliability.

Today, as a result of the branding campaign, awareness of AT&T as a wireless provider has increased more than 80 percent. In addition, AT&T’s image for being a wireless provider that is “delivering technology that is relevant to you,” and “offering innovative ways to meet your everyday needs” is now at a level equal to that of Cingular before the merger on Dec. 29.

“Consolidating BellSouth and Cingular under the AT&T brand was based on extensive market research and is proving to be the right decision,” said Randall Stephenson, AT&T’s chief operating officer. “Our branding campaign is performing at and above projected levels and customer response has been very positive. We are excited to move into the next phase of transforming AT&T into the only communications provider our customers will ever want.”

As part of its branding initiative, AT&T is also now beginning to replace Cingular with the AT&T brand in voice greetings, on new customer handsets and handset screen displays and on envelopes and statements. In addition, exteriors of most company-owned retail locations are expected to be branded as AT&T by September, with branding of agent-owned retail stores expected to be completed by January 2008. Many of the company’s high-profile sponsorships such as “American Idol” and NASCAR will be transitioned soon as well.

In terms of advertising, TV, radio and outdoor ads now incorporate transitional elements related to the AT&T and the Cingular brands, but AT&T is featured much more prominently. The transitional phrase, “Wireless from AT&T, formerly Cingular,” has begun replacing the phrase, “Cingular is now the new AT&T,” but the color orange will continue to be associated with wireless services from AT&T. The “Jack” mark will be used in a less prominent way in advertising and customer collateral.

All brand advertising related to this phase of the campaign will focus on AT&T as a wireless provider and the company’s vision of becoming the complete provider for the way customers live and work. For example, a broadcast TV spot now airing in the company’s 22-state local service territory, dubbed “Russian Dolls,” highlights the addition of wireless service to the AT&T portfolio.

The spot uses a high-tech nesting Russian doll as a metaphor for the company’s complete and seamless integration of TV, high speed Internet, home phone and wireless services. Radio, outdoor and online advertisements also reflect the move to make the addition of wireless, the “complete provider” message, and AT&T in general, more prominent.

”The newest phase of our branding campaign communicates that AT&T is a leader in wireless as well as in other communications and entertainment services,” said Wendy Clark, senior vice president – AT&T Advertising. “Our goal is to let the public know that AT&T offers perhaps the best choices, values and convenience in the marketplace across our extensive portfolio for the communications services they want and need.”

In addition to AT&T’s wireless/wireline integration initiatives, the BellSouth brand transition campaign has also been very successful. According to weekly research numbers, unaided advertising awareness of AT&T in the former BellSouth region has increased sevenfold.

As all operations are moved under a single brand, AT&T expects to realize related synergies with an estimated net present value of approximately $2.8 billion.

For the complete array of AT&T offerings, visit http://www.att.com.

This AT&T news release and other announcements are available as part of an RSS feed at http://www.att.com/rss.

AT&T Inc. (NYSE: T) is a premier communications holding company. Its subsidiaries and affiliates, AT&T operating companies, are the providers of AT&T services in the United States and around the world. Among their offerings are the world’s most advanced IP-based business communications services and the nation’s leading wireless, high speed Internet access and voice services. In domestic markets, AT&T is known for the directory publishing and advertising sales leadership of its Yellow Pages and YELLOWPAGES.COM organizations, and the AT&T brand is licensed to innovators in such fields as communications equipment. As part of its three-screen integration strategy, AT&T is expanding its TV entertainment offerings. Additional information about AT&T Inc. and the products and services provided by AT&T subsidiaries and affiliates is available at http://www.att.com. 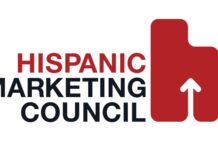