Chicago, IL–(HISPANIC PR WIRE)–October 24, 2007–Local dancers Lisa Negrón, 27, and Pablo Rivera, 27, who perform together with Latin dance company Urban Vibe, have always dreamed they would one day attend the Latin Grammy Awards with some of their all-time favorite Latin performers. And thanks to their outstanding talents, the pair recently was voted the best dancers in Bailando con Verizon Wireless and has been awarded a trip for two to attend the 8th Annual Latin Grammy Awards in Las Vegas on November 8.

“We’re thankful to Verizon Wireless for holding the dance competition and allowing us the opportunity to express ourselves through dance,” Rivera said. “Dance is an important part of the Latino culture and my heritage. Lisa and I are glad we had the chance to compete and share our love for dance with the crowds who cheered us on.”

Bailando con Verizon Wireless is a Latin dance competition that included six qualifying competitions in the Midwest, including Chicago, Minneapolis and Grand Rapids, Mich. Audiences at the various qualifying round events voted via text messaging for their favorite dance act. The finalists were each awarded a new Samsung u740 wireless phone, two tickets to see the popular Mexican group, RBD, perform in Chicago on September 28 (out-of-town finalists were also awarded a flight to Chicago and hotel accommodations) and the chance to meet the RBD group members at a private after-concert party.

On Saturday, September 29, Negron and Rivera competed against five other dance acts in the Bailando con Verizon Wireless finals at Studio 63 nightclub in Chicago and were voted the winners via text messaging by a crowd of approximately 300 club-goers. Now, the dance pair is excitedly preparing for an expenses-paid trip to Las Vegas to attend the Latin Grammy Awards.

“Pablo and I are really excited about going to the Latin Grammy Awards,” Negrón continued. “It’s very surreal to us at the moment—we don’t know what to expect or who we’ll see there—but we’re definitely looking forward to it. We had a great time participating in Bailando con Verizon Wireless and it was a pleasant surprise to win.”

Both Negrón and Rivera say that dancing is a major part of their lives and is an important part of their culture. Negrón has been dancing salsa most of her life, and took her love of dance onto the ice rink for 10 years as a competitive figure skater. She attended Columbia College in Chicago and minored in ballet, modern and African dance, and continues to study dance at the Joel Hall Dance Company.

Rivera began dancing Ballet Folklorico and Reggaetón when he attended high school in Puerto Rico, and “just learned from watching and doing.” He only began taking formal lessons after moving to Chicago nine years ago, partly because of the movie “Dance with Me,” starring Puerto Rican pop artist, Chayanne, and Vanessa Williams. In the movie, Chayanne’s character comes from Cuba and uses dance as a way to fit into his new American home.

“When I left Puerto Rico and came to Chicago, I didn’t have a lot of friends,” Rivera explained. “I saw the movie Dance with Me and I felt like I was in the same boat as Chayanne, so that motivated me to start taking classes. I actually met him a couple of years ago at a local club, but hope I can see him again at the Latin Grammy Awards.”

In addition to Chayanne, Rivera credits Ricky Martin as being a major influence in his love of dance and performance. Negrón also says many artists who will be at the Latin Grammy Awards are some of her all-time favorites and she’s hoping to see Jennifer López, La India and Marc Anthony on the green carpet.

Verizon Wireless operates the nation’s most reliable wireless voice and data network, serving 62.1 million customers. The largest US wireless company and largest wireless data provider, based on revenues, Verizon Wireless is headquartered in Basking Ridge, NJ, with 67,000 employees nationwide. The company is a joint venture of Verizon Communications (NYSE:VZ) and Vodafone (NYSE and LSE: VOD). Find more information on the Web at http://www.verizonwireless.com. To preview and request broadcast-quality video footage and high-resolution stills of Verizon Wireless operations, log on to the Verizon Wireless Multimedia Library at http://www.verizonwireless.com/multimedia. 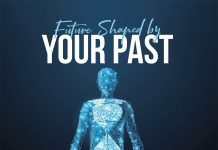 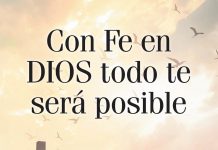 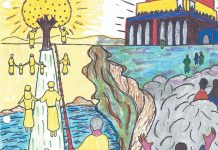 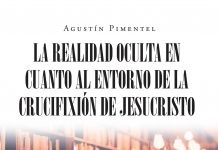 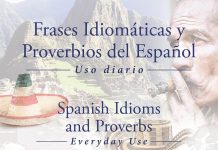