YONKERS, N.Y., April 6 /PRNewswire-HISPANIC PR WIRE/ — Snake-oil treatments for baldness have been around since the days of Hippocrates says Consumer Reports Health, and those empty promises continue to this day. While late-night TV and pharmacy shelves are filled with products touted to restore hair, most of the tactics tried by thousands of balding men and women simply don’t work very well, according to a new survey by the Consumer Reports National Research Center. The product that worked for the most people was the prescription drug Propecia (finasteride), deemed very effective by 27 percent of men.

The Baldness Remedies survey is one of three reports on the market for anti-aging products that promise to turn back the clock. Consumer Reports Health reports on do-it-yourself hair dyes, over-the-counter anti-wrinkle serums, and baldness treatments. The reports are available online at www.consumerreportsenespanol.org.

“The market for baldness remedies plays to a particularly vulnerable segment of society,” said Tod Marks, senior editor at Consumer Reports. “It’s a deeply personal, devastating issue to many who desperately want to believe that there’s a panacea out there. Sadly, there is no magic bullet. At the end of the day, the best remedy may actually be acceptance. Those surveyed told us that masking hair loss was one of the more effective options. And they pointed out actual benefits of being bald: you won’t get hat head; you won’t waste time grooming your hair; and you’ll save lots of money on shampoo, conditioner, gels, mouse, hair dryers, and other hair care products.”

Of survey respondents who sought treatment for hair loss, 65 percent said they had nothing to lose from trying. Consumer Reports Health notes that there are plenty of downsides to several remedies:

— Finasteride, available as Propecia and as a generic, worked for some. Patients should commit to it for at least three months and any gains it may have will be lost once the patient stops taking it. While side effects are infrequent, they can include depression and impotence. It can be used by men only.

— Minoxodil, sold under the brand name Rogaine or generically, works best on patients whose hair loss is recent. Survey respondents said it was largely ineffective. As is the case with finasteride, any benefits are lost when you stop taking it. Side effects include dry, itchy, or irritated scalp and increased facial hair. Women can use Rogaine in the 2 percent strength if they’re willing to live with the possibility of facial hair. Men can use 2 or 5 percent solutions.

— Surgery, which typically involves a basic transplant of hair from the back of the head to the top or front of the head, costs on average $5 for each graft. The average transplant can take 2,000 grafts, bringing the total cost to approximately $10,000. In many cases, the procedure must be repeated, doubling the cost. Not everyone is a successful candidate and there’s a possibility of infection, a long recovery period, scarring, or patchy hair growth. And finding a skilled surgeon can be a challenge.

The Consumer Reports Health survey found that women were especially bothered by hair loss. Fifty-five percent of women who had hair loss, compared to 24% of men surveyed, said they worried a lot about losing more hair in the future. Women who had lost hair were more likely than men to pay attention to other people’s hair or lack of it, stare in the mirror, and feel self-conscious about their appearance.

The survey found that masking baldness might very well be the ideal option. Sixty-five percent said that they found wearing a wig or toupee was very or somewhat effective, while 46 percent of men liked shaving their head, and 46 percent of people said that simply dressing better was an effective technique at hiding hair loss.

Most men and some women blamed genetic makeup or age; other women said their hair loss was due to a health condition (such as thyroid disease) or stress. Respondents whose hair loss was related to chronic illness or chemotherapy were excluded.

In December 2009, a random sample of online subscribers received an email asking them to complete a survey focused on hair loss. Findings from this Consumer Reports National Research Center survey focused on the 8,042 men and women who reported they had indeed experienced hair loss or balding. Respondents whose hair loss was related to chronic illness or chemotherapy were excluded.

Covering Up the Grays

Consumer Reports Health tested 13 home hair dyes consumers would use to dye gray hairs brown and rated them on how well they covered grays, how easy they were to use, and whether the color was blotchy or streaky. The top products scored high marks across the board when tested on tresses of grey hair. The results show that for less than $13-well below salon prices-consumers can easily and effectively cover their grays.

“More than ever, consumers are searching for ways to look and feel their best without breaking the bank, so we were pleased to find there are high quality, low-cost options for covering grays,” said Consumer Reports Health associate editor Jamie Hirsh.

For maximum success with at-home hair coloring, Consumer Reports Health advises first performing a spot test for allergic reactions, then testing the dye on a single piece of hair to determine how the color will turn out and how long to leave the dye in your hair. Refer to the more detailed color charts on the sides or back of the box rather than the picture on the front to see how a color will work with your hair. And it’s best to determine how much gray coverage you need before you select a product. Some products aren’t made for hair that is more than 50 percent gray.

Consumers Union 2010. The material above is intended for legitimate news entities only; it may not be used for commercial or promotional purposes. Consumer Reports(R) is published by Consumers Union, an expert, independent nonprofit organization whose mission is to work for a fair, just, and safe marketplace for all consumers and to empower consumers to protect themselves. To achieve this mission, we test, inform, and protect. To maintain our independence and impartiality, Consumers Union accepts no outside advertising, no free test samples, and has no agenda other than the interests of consumers. Consumers Union’s income is solely derived from the sale of Consumer Reports(R), its other publications and services, fees, noncommercial contributions and grants. Consumers Union’s publications and services receive no commercial support. 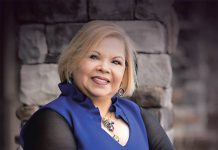 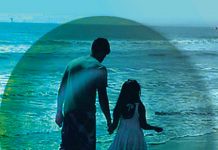 Sara Isabel Pantoja’s new book Sean Pains, a riveting story about a young boy who is torn between virtue and disparagement by his parents 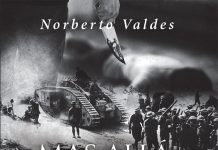 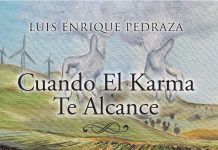 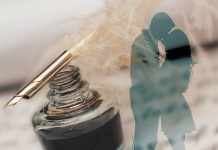