CHICAGO, Nov. 11 /PRNewswire-HISPANIC PR WIRE/ — Coors Light and Daddy Yankee are teaming up to promote the artist’s release of a new single, “Grito Mundial,” as a prelude to the launch of his new album, “Daddy Yankee Mundial,” slated to be on the market in early 2010.

Coors Light En Exclusiva (In Exclusive) is a series of VIP events taking place in six cities across the country where legal-drinking-age fans will have the opportunity to meet and greet the Latin superstar.

The first release event will kick off in Orlando, November 18, where hundreds of adults gain access to the intimate and exclusive appearance through a text messaging and/or radio promotion. The Grammy-award winning artist will then travel to Houston, Dallas, New York, Philadelphia and Chicago to meet and greet fans En Exclusiva.

“We know how popular Daddy Yankee is within the Hispanic community, and an opportunity to meet him, up close, in an exclusive environment is a real thrill to loyal fans,” said Pamela Palacios, associate brand manager for Coors Light. “This will be a once-in-a-lifetime experience for some very lucky people, thanks to the world’s most refreshing beer.”

The En Exclusiva single release event of the Grammy Award-winning artist provides a powerful reassertion of Daddy Yankee’s commitment to the urban movement that has been the artist’s signature since he began his career more than 10 years ago.

This is the second year that Coors Light has partnered with Daddy Yankee. The brand sponsored the U.S. debut of his CD, “Talento de Barrio,” in 2008 by hosting CD release events in New York, Orlando and Dallas.

The six-city tour is being supported this year via retail, text messaging and radio promotions that provide opportunities for fans to receive a VIP ticket to meet Daddy Yankee.

Daddy Yankee has sold over eight million copies and has won more than 35 awards, including a Latin Grammy. He has been distinguished as the only urban artist to maintain number one status for so long. His business savvy compels him to create his own fragrance for men, “Daddy Yankee” and this spring his fragrance for women. This last venture makes him the first Puerto Rican artist to break into this market.

Built on a foundation of great beer brands and more than 288 years of brewing heritage, MillerCoors continues the commitment of its founders to brew the highest quality beers. MillerCoors is the second largest beer company in America, capturing nearly 30 percent of U.S. beer sales. Led by two of the best-selling beers in the industry, MillerCoors has a broad portfolio of highly complementary brands across every major industry segment. Miller Lite is the great tasting beer that established the American light beer category in 1975, and Coors Light is the brand that introduced consumers to refreshment as cold as the Rockies. MGD 64 completes the company’s premium light beer portfolio, offering consumers fresh, crisp taste at just 64 calories. MillerCoors brews premium beers Coors Banquet and Miller Genuine Draft; and economy brands Miller High Life and Keystone Light. The company also imports Peroni Nastro Azzurro, Pilsner Urquell, Grolsch and Molson Canadian and offers innovative products such as Miller Chill and Sparks. MillerCoors features craft brews from the Jacob Leinenkugel Company, Blue Moon Brewing Company and the Blitz-Weinhard Brewing Company. MillerCoors operates eight major breweries in the U.S., as well as the Leinenkugel’s craft brewery in Chippewa Falls, WI and two microbreweries, the 10th Street Brewery in Milwaukee and the Blue Moon Brewing Company at Coors Field in Denver. MillerCoors vision is to create America’s best beer company by driving profitable industry growth. MillerCoors insists on building its brands the right way through brewing quality, responsible marketing and environmental and community impact. MillerCoors is a joint venture of SABMiller plc and Molson Coors Brewing Company. 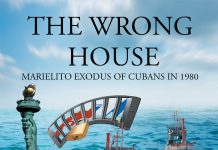 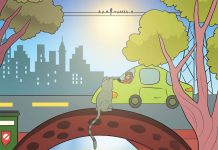 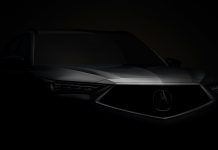 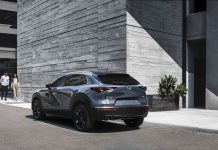