Panama City, Panama–(HISPANIC PR WIRE – BUSINESS WIRE)–January 6, 2005–Copa Airlines announced today it has signed a contract with Flight Training Finance for the acquisition and operation of a Flight Simulator Ascent FFS X(TM), equipped with the most up-to-date in pilot-training technology.

The flight-training instrument, certified by the Federal Aviation Administration (FAA), perfectly simulates real-life situations. The simulator will be part of a training facility that Copa Airlines will establish in Panama City, Panama, which will include classrooms for pilots and flight attendants, two computer labs, a simulated cabin and various training devices. The simulator, which represents an investment of approximately $7.5 million U.S., will be available for training in October 2005.

“This simulator will facilitate and speed up our pilot training, since pilots will be able to complete 80 percent of their basic training and 100 percent of their recurrent training without leaving the country,” said Capt. Larry Ganse, Senior Vice President of Operations, Copa Airlines. “Copa Airlines continues its lead at the forefront of technology with this new flight simulator.”

Copa Airlines (http://www.copaair.com), which began service in 1947, today flies to 31 destinations in 20 countries in North, Central and South America and the Caribbean from its Hub of the Americas at Tocumen International Airport in Panama City, Panama. Copa offers flights to 120 other international destinations through codeshare agreements with Continental and Mexicana airlines. Copa and Continental also share a strategic alliance partnership that includes joint participation in Continental’s award-winning frequent flyer program, OnePass(R). A leader in aviation industry technology, Copa is the first airline in the Americas to utilize the Vertical Situation Display (VSD) flight deck instrument and has one of the best on-time performance records worldwide. SkyTrax classified Copa as “Best Airline in Central America, Mexico and the Caribbean” in April 2004, based on a passenger survey. In June 2004, America Economia Magazine named Copa one of the “25 Best Employers in Latin America.” 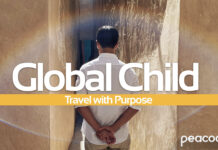 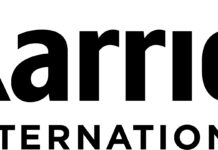