NEW YORK, March 7 /PRNewswire-USNewswire/ — The National Puerto Rican Day Parade, one of America’s largest outdoor events with more than 2 million participants, today announced it is terminating its relationship with the makers of Captain Morgan Rum over the company’s planned abandonment of its Puerto Rican distillery in exchange for taxpayer-funded grants of $2.7 billion that the island needs for health and educational needs.

“The corporate sponsorships of Captain Morgan and its British parent, Diageo, PLC, are no longer welcome,” announced Parade Chairperson Madelyn Lugo. Diageo’s brands, Johnny Walker, Jose Cuervo and Captain Morgan, have had a 30 year relationship with the Parade.

“This Parade is about pride and respect, and Captain Morgan has shown us neither,” she asserted. “They are abandoning us in exchange for $2.7 billion in taxpayer-funded corporate handouts that would otherwise be used to meet the educational and health needs of Puerto Rico, where 16 percent are unemployed and 1 in 3 lives below the poverty line.”

Two years ago, the U.S. Virgin Islands lured Captain Morgan to St. Croix by promising to split $6 billion in anticipated revenues from rebates of federal excise tax it expects to receive on the rum. The rebates are the principal form of federal assistance to both Territories, generating $470 million for Puerto Rico last year.

The deal has been sharply criticized by labor groups, who complain that the new distillery on St. Croix, also being financed by federal excise tax rebates, will employ at least 330 fewer workers.

Florida Republican Senator George LeMieux has announced plans to offer an amendment this week to the proposed jobs bill that will effectively scuttle the deal by tying future excise tax rebates to the respective Territories’ populations, rather than the place of production.

The National Puerto Rican Coalition, which has led the fight against the Captain Morgan deal, said today’s decision by Parade organizers will put “serious pressure” on New York Senators Charles Schumer and Kirsten Gillibrand. “New York represents the greatest concentration of Puerto Ricans living on the mainland,” said NPRC President Rafael Fantauzzi. “They’ll be watching to see whether their Senators stand with us, or with a British liquor company.” 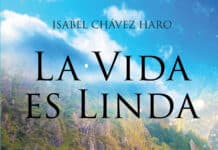 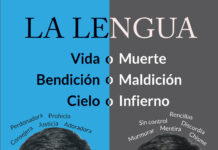 Johnny Andrade’s new book “La Lengua” is an interesting volume on the weight of one’s word and the power that the tongue has. 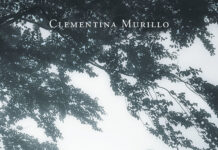 Clementina Murillo’s new book “La Mujer Sin Nombre” is a heartbreaking account of a woman and her journey to save and free herself from... 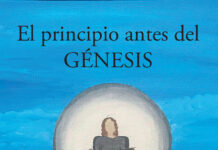 Arnulfo Campos’ new book “El Principio Antes Del Genesis” is a thought-provoking piece that will make one ponder on the origin of humanity’s existence.