Washington, D.C.–(HISPANIC PR WIRE)–May 1, 2003–New research unveiled today by the National SAFE KIDS Campaign and Johnson & Johnson shows that from 1987 to 2000, the unintentional injury death rate for children 14 and under has dropped by nearly 40 percent. This is one of the most dramatic declines ever seen in a children’s health issue.

This year is the15th anniversary of the National SAFE KIDS Campaign, the first and only national nonprofit organization dedicated solely to the prevention of unintentional childhood injury. To mark this milestone SAFE KIDS and its founding sponsor Johnson & Johnson undertook a comprehensive study on child safety in America, A Report to the Nation: Trends in Unintentional Childhood Injury Mortality, 1987-2000.

“Our findings underscore both the value of what we’re doing, and the need for Americans to make child injury prevention a priority,” says Dr. Martin Eichelberger, president of SAFE KIDS and director of Emergency Trauma and Burn Services at Children’s National Medical Center in Washington, D.C. “We have made tremendous progress, but we can’t lose sight of the fact that these injuries remain the leading killer of our nation’s children.”

The study unveiled many findings. The most startling trends were seen in motor vehicle occupant injuries, airway obstruction and drowning. Specifically:

–The unintentional childhood drowning death rate declined 32 percent from 1987 to 2000. Despite this decline, drowning remains the second leading cause of unintentional injury-related death among children ages 14 and under.

This landmark study measures the state of unintentional childhood injuries by examining some of the key factors of this epidemic. In particular, the study addresses important trends in unintentional injury mortality rates, differing progress made across a variety of risk areas, and which children – by race, gender, ethnicity and geographic location – have shown the greatest and least reductions in the injury death rate. For example, Native American/Alaskan Native children continue to have the highest unintentional death rate, and black children the second highest, with death rates twice that of white children. Additionally, the injury death rate for boys remains nearly 1.5 times higher than girls.

Recently, nearly 1,200 parents of children 14 and under were surveyed by Harris Interactive to provide the National SAFE KIDS Campaign and Johnson & Johnson with a picture of parents’ understanding of unintentional, preventable childhood injuries.

Eighty percent of parents know unintentional injury is the leading cause of death for children 14 and under. Although 71 percent agree – either “strongly” or “somewhat” – that most injuries can be avoided, an equal percentage say injuries are a normal part of childhood, and 91 percent of parents “strongly” or “somewhat” agree they are doing everything they can to prevent their child from being injured.

“Parents and caregivers are obviously uncertain how much of an impact they can have on their child’s safety,” says Dr. Eichelberger. “More can be done to keep kids safe. Child injuries are not inevitable; they are preventable.”

In addition to more public awareness of injury risks and how to minimize them, the nation also needs more research and evaluation into childhood unintentional injuries, with an emphasis on those populations of greatest risk; better, more affordable safety products; safer environments for children to play, ride, bike and study; and stronger and more rigorously enforced child safety laws.

The results released today coincide with the kickoff of National SAFE KIDS Week which runs May 3 – 10. The theme this year is Wrap Your Arms Around Safety and throughout the week, hundreds of SAFE KIDS coalitions and chapters will conduct safety fairs and community events all across the nation to teach families how to prevent injuries and save lives. As part of this safety initiative, the Johnson & Johnson family of companies have created an informative Parents Safety Test to help parents determine their own level of knowledge of child injury prevention. The test is being distributed through retail stores along with safety information and a free-standing insert of coupons to 45 million households across the nation. Johnson & Johnson is also supporting SAFE KIDS Week with a national advertising and public service announcement campaign in partnership with Viacom.

What Can Parents Do Now?

When it comes to the three areas of greatest need, here are some first steps:

–All children ages 12 and under should be properly restrained in the back seat on every motor vehicle ride. Infants should ride in rear-facing safety seats until they are at least 12 months old and weigh 20 pounds. Children over 1 weighing 20 to 40 pounds should ride in forward-facing child safety seats. And children over 40 pounds should be correctly secured in belt-positioning boosters or other appropriate child restraints until the adult lap and shoulder belts fit correctly (approximately age 8);

–Parents should determine whether or not small toys and objects in the home present a choking hazard to a child and if so, they should get rid of them or keep them out of reach. In addition, they should supervise children while they are eating and playing and not allow children under age 6 to eat small, round or hard foods. Parents need to closely monitor babies’ sleeping environments to make sure there are no suffocation hazards such as pillows and comforters; and

–Children must be actively supervised by an adult when they are near water. They should always wear a U.S. Coast Guard-approved personal flotation device when on a boat, near open bodies of water or when participating in water sports Air filled swimming aids, such as “water wings” are not considered safety devices and are not substitutes for PFDs. All residential pools and spas should be surrounded by a self-closing, self-latching gate.

For more information or for a copy of the SAFE KIDS/Johnson & Johnson A Report to the Nation: Trends in Unintentional Childhood Injury Mortality, 1987-2000. , contact the National SAFE KIDS Campaign at (202) 662-0600 or visit http://www.safekids.org.

The National SAFE KIDS Campaign is the first and only national nonprofit organization dedicated solely to the prevention of unintentional childhood injury – the number one killer of children ages 14 and under. More than 300 state and local SAFE KIDS coalitions in all 50 states, the District of Columbia and Puerto Rico comprise the Campaign.

Johnson & Johnson, with approximately 101,800 employees, is the world’s most comprehensive and broadly-based manufacturer of health care products, as well as a provider of related services, for the consumer, pharmaceutical and medical devices and diagnostics markets. Johnson & Johnson has more than 197 operating companies in 54 countries around the world, selling products in more than 175 countries.

Harris Interactive survey methodology: Harris Interactive conducted the online study between Nov.12-18, 2002 within the U.S. among 1,198 adults (ages 18+) who were parents of children ages 14 and under. Figures for age, sex, race, education, household income and region were weighted to actual proportions in the population. Propensity weighting was used to adjust for respondents’ propensity to be online. In theory, with a probability sample of this size, one can say with 95 percent certainty that the results have a statistical precision of +/-3 percentage points of what they would be if the entire adult population had been polled with complete accuracy. The online survey is not a probability sample. 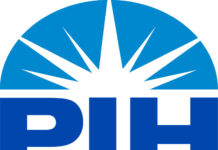 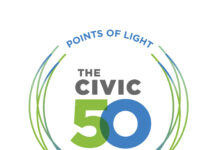 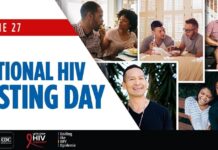