WASHINGTON, Sept. 29 /PRNewswire-HISPANIC PR WIRE/ — In the aftermath of two destructive hurricanes and two tropical storms that recently struck Cuba, Bacardi Limited has donated $100,000 to the Pan American Development Foundation (PADF) to provide assistance to the people on the island.

“Through this donation to the Cuban people, Bacardi Limited has continued to demonstrate its leadership in the area of humanitarian assistance,” says John Sanbrailo, Executive Director of PADF.

PADF has been working with individuals and organizations to collect cash donations (U.S. tax deductible) that will pay for humanitarian relief to Cubans. PADF accepts donations through a toll free number (800) 941-0114 and a special website www.panamericanrelief.org.

“The Bacardi family and Company are deeply saddened by the devastation caused by the recent hurricanes in Cuba. We hope that this donation will help alleviate some of the pain that the Cuban people are experiencing and remind all Cubans that they continue to remain in the hearts and minds of all Cuban exiles,” said Facundo L. Bacardi, Chairman of Bacardi Limited.

Marc Wachtenheim, Director of the Cuban Development Initiative at PADF, encourages individuals and companies to help the survivors. “Bacardi Limited’s donation has made a big difference to PADF’s disaster relief assistance in Cuba. Donations large and small have come in to support survivors of these storms,” he said. “But, we cannot stop here as this disaster requires assistance from around the world.”

Bacardi Limited, with its roots in Cuba more than 145 years ago and being Cuba’s first multi-national company, encourages companies and individuals to help those in dire need on the island.

PADF, which is a non-governmental organization, has in-depth experience in natural disaster relief. The non-profit organization is currently also involved in disaster relief in Haiti, where four back-to-back storms have resulted in more than 400 deaths and hundreds of thousands of homeless in that Caribbean nation.

PADF is an independent 501(c) (3) non-profit organization established in 1962 through a unique partnership with between the Organization of American States and private enterprise to promote, facilitate and implement social and economic development in Latin America and the Caribbean through innovative partnerships and integrated involvement of the private and public sectors. For more information, visit www.padf.org. 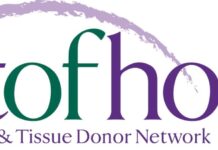