SACRAMENTO, Calif., Oct. 31, 2013 /PRNewswire-HISPANIC PR WIRE/ — To stress the need for immediate action by Congress on immigration reform, Dr. Samuel Rodriguez, president of the National Hispanic Christian Leadership Conference (NHCLC), the nation’s largest Christian Hispanic organization representing more than 40,000 churches, will begin a 40-day fast on Monday, Nov. 4 that will last through one of the most indulgent national holidays, Thanksgiving.

“In the spirit of Gandhi, Dr. Martin Luther King Jr., and other leaders who have acted on the moral imperative to do justice, as well as our ultimate example found in Jesus, I likewise sense an urgent conviction to engage in the spiritual exercise that in my faith narrative produces great results,” said Rodriguez. “Starting today, I will be engaging in a personal fast and call others to join me as we pray for the vital importance of immigration reform now.”

Rodriguez has committed to fast for 40 days but is willing to extend it until immigration reform is passed.

Believing immigration reform is as much a religious issue as it is a policy, Rodriguez and NHCLC leaders have been actively rallying support from the Evangelical Christian community, which was once hesitant to embrace reform but now believes it is necessary to heal communities, usher in peace and promote righteousness and justice.

NHCLC supports reform focused on three main elements that puts an end to all illegal immigration. First, increasing border protection, including using infrared, satellite, and other technologies in addition to border patrols. Second, creating a market-driven guest-worker program that provides clear avenues by which millions of undocumented families can obtain legal status in a manner that reflects the Judeo-Christian value system on which this nation was founded. And finally, developing standards for undocumented residents without a criminal record who are earning citizenship status to go to the back of the citizenship line and receive a financial penalty, while acquiring civic and language proficiency and serving the local community. 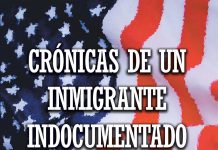