To view the multimedia assets associated with this release, please click: http://multivu.prnewswire.com/mnr/unilever-degree-men/49420/

The campaign kicks off today with the El Momento que Cuenta challenge at Futbol Fiesta, an interactive fan zone happening prior to the Mexico vs. Venezuela U.S. friendly game at Qualcomm Stadium in San Diego. During this challenge, soccer fans will face Mexican National Team legends Felix Fernandez and Jared Borgetti for a spot in one of two teams that will participate in the ultimate make or break moment shootout on the field during half time for a chance to win a $5,000 cash prize for the team.

“The El Momento que Cuenta campaign taps into Hispanic men’s love of soccer and the Mexican National Team, and encourages them to push beyond their limits with confidence and protection, which Degree Men offers,” said Mike Dwyer, marketing director for Degree Men Antiperspirant. “Through the El Momento que Cuenta challenge, we are bringing our campaign to life and allowing consumers to experience it first-hand by showcasing their soccer talents as they face the various obstacles that we have created for them at Futbol Fiestas.”

At Degree Men Antiperspirant’s El Momento que Cuenta challenge, consumers will tackle disruptive hurricane winds, blinding stadium lights and obstructive fog in order to score as many penalty kicks as possible to win Degree Men branded prizes. In San Diego, soccer fans will also have the opportunity to show their support for the Mexican National Team by cheering on with the Degree Men Antiperspirant cheerleaders and ultimate fans, as well as obtain autographs and photos with Felix Fernandez and Jared Borgetti. The El Momento que Cuenta challenge will also travel to upcoming Futbol Fiesta interactive fan zones in May and June to two additional cities, still to be announced.

The El Momento que Cuenta campaign also includes a television commercial featuring soccer superstar Andres Guardado, who faces a series of make or break moments that consumers can live through vicariously. The thirty-second commercial features Guardado as he races across the field in the final seconds of a match, driving to make the winning game goal, while confronting make or break moments every step of the way, which includes jumping over a colossal tree trunk, narrowly missing a massive boulder and eluding a ferocious jaguar. The commercial will be previewed today during half time at the U.S. friendly game between Mexico and Venezuela in San Diego and continue to air on television starting in early April.

Degree Deodorants, manufactured by Unilever, are the fastest growing brands in the male and female deodorant categories, offering top odor and wetness protection with anti-perspirants and deodorants for men, woman and teenage girls. The Degree Men line, a 2009 Product of the Year award winner, has experienced double-digit growth for five consecutive years with the Adrenaline Series, Clinical Protection and Invisible Solid anti-perspirant and deodorant varieties. In the past year, the Degree Women line has expanded beyond the Clinical, Invisible, Ultra and Girl deodorants to include Nature Effects and Fine Fragrance deodorants and body mists. All lines of Degree are available in food, drug and mass retailers nationwide. For more information, visit www.degreedeodorant.com. Degree Deodorant – it won’t let you down.

Unilever is one of the world’s leading suppliers of fast moving consumer goods with strong operations in more than 100 countries and sales in 180. With products that are used over two billion times a day around the world, we work to create a better future every day and help people feel good, look good and get more out of life with brands and services that are good for them and good for others. In the United States, Canada and the Greater Caribbean (Trinidad & Tobago, Dominican Republic, Puerto Rico) the portfolio includes brand icons such as: Axe, Becel, Ben & Jerry’s, Bertolli, Blue Band, Breyers, Caress, Country Crock, Degree, Dove personal care products, Good Humor, Hellmann’s, I Can’t Believe It’s Not Butter!, Klondike, Knorr, Lever 2000, Lipton, Omo, Pond’s, Popsicle, Promise, Q-Tips, Ragu, Skippy, Slim-Fast, Suave, TIGI, Vaseline, and Wish-Bone. All of the preceding brand names are registered trademarks of the Unilever Group of Companies. Dedicated to serving consumers and the communities where we live, work and play, Unilever employs more than 13,000 people across North America – generating nearly $10 billion in sales in 2010. For more information, visit www.unileverusa.com, www.unilever.ca, or www.unilevercaribbean.com. 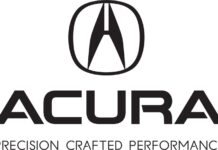 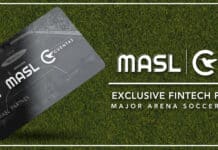