MIAMI, April 13 /PRNewswire-HISPANIC PR WIRE/ — For the 6th time since its inception, New World School of the Arts [NWSA], world renowned arts conservatory located in the heart or downtown Miami, hosted the National High School Dance Festival in Miami, Florida. Not only did its students come out triumphant, but all of Miami-Dade felt the power of their dance moves. “It had a $1.5 million dollar impact on downtown Miami. Hotels were booked, restaurants were visited, gift shops were patronized, and the Gusman Center for the Performing Arts, in downtown Miami, took in over $40,000 for the weekend event,” said Daniel Lewis, founding Dean of the Dance Division at New World School of the Arts.

For the five-day event, 1,385 students descended on South Florida from 30 states, as far away as California and Hawaii, as well as Canada, England and Australia. “This is the largest high school dance festival in the hemisphere. I only know of one other place that holds a larger festival, and that is Japan,” commented Lewis. “We love bringing students to Miami, Florida so they can see the rich culture we have to offer and to identify this city as a center for excellence in dance. The festival acts as a rich recruitment tool for the finest talent in the world. It never disappoints”.

The students, from grades 9 through 12, attend magnet arts programs in public and private schools across the nation. With them came 205 teachers, 132 chaperones and 63 faculty representing 34 universities hoping to recruit exceptional new talent. NWSA gave away four full scholarships for its College program, valued at $14,000 each, for the four years. Another eight students received scholarships of $4,800 for four years. Additionally, eleven more students were identified for enrollment during the next school year. In total, $785,000 dollars in scholarships was offered to the dancers, with some receiving multiple incentives to attend elite university dance programs with all expenses paid. Eight NWSA students were wooed with 75,000 in scholarship money.

Opening night revelry included performances by the BattleWorks Dance Company of New York, founded by NWSA alumni Robert Battle. The sold-out performance was forced to turn away several hundred spectators due to lack of seats. Immediately following, NWSA held a party near the renowned Miami Dade College Wolfson campus, in downtown Miami, for over 2,000 guests. Two gala performances, on Friday and Saturday evening, as well two afternoon student concert and choreography showcases were also sold-out hits. Led by Dean Lewis, New World School of the Arts students received two of the four winning cash prizes, due to their exceptional caliber of expertise. “NWSA has been instrumental in helping this festival evolve and in offering students the opportunity to share ideas and dreams in the arts,” said Lewis.

The National High School Dance Festival is held every two years, and has only been hosted by the Philadelphia School of the Arts and the University of California at Long Beach, besides New World School of the Arts. It aims to bring together faculty and students to share new trends and offer an avenue through which to explore emerging movements. It also measures students’ proficiency, and their level of artistic training and performance expertise, in comparison to their counterparts on a national level. “The students learn from each other, and it gives them the opportunity to work with many different teachers from around the world,” stated Lewis “They’re going to go back and share what they learned with everyone in their communities.”

A Florida center of excellence in the visual and performing arts, NWSA provides a comprehensive program of artistic, creative and academic development through a curriculum that reflects the rich multicultural state of Florida. With programs accredited by the National Association of Schools of Art, Dance, Music and Theater, NWSA offers the high school diploma as well as four-year BFA and BM college degrees. Through its rigorous curriculum and conservatory-style teaching NWSA empowers its students to become leaders in the arts. 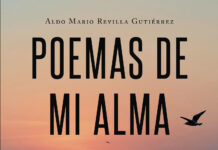