Dallas, TX–HISPANIC PR WIRE – USNewswire)–January 31, 2008–New research suggests that women who take folic acid supplements for at least one year before they become pregnant can cut their risk of having a premature baby by half.

Researchers at the 28th Annual Society for Maternal-Fetal Medicine (SMFM) meeting — The Pregnancy Meeting(TM)— today unveiled a study linking pre-conceptional folate supplementation of at least one year to reduced early premature delivery rates of 50 to 70 percent, regardless of age, race or other factors. Of particular note is the drop in very early premature births, those babies who are at the greatest risk of complications such as cerebral palsy, mental retardation, chronic lung disease, and blindness.

The study is an observational analysis based on the self-reporting of folate supplementation by 38,033 participants in an earlier trial sponsored by the National Institutes of Health (NIH.) The current study only examined singleton pregnancies and excluded pregnancies in which there were medical or obstetrical complications such as preeclampsia, chronic hypertension, and congenital or chromosomal abnormalities.

“Thanks to the depth and breadth of the NIH study, which included an early pregnancy ultrasound of each participant, we had highly accurate evidence of the gestational ages of the preterm deliveries,” said Radek Bukowski, M.D., Ph.D., assistant professor, Obstetrics and Gynecology, at the University of Texas Medical Branch at Galveston, the lead study author and SMFM member. “This evidence enabled us to determine that folate supplementation for at least one year is linked to a 70 percent decrease in very early preterm deliveries (20 to 28 weeks in gestational age) and up to a 50 percent reduction in early preterm deliveries of 28 to 32 weeks.”

“We already knew that folic acid supplementation beginning before pregnancy and continuing into the first trimester helps prevent serious birth defects of the brain and spinal cord, such as spina bifida,” said Alan R. Fleischman, M.D., senior vice president and medical director of the March of Dimes. “Now Dr. Bukowski’s research makes us optimistic that taking folic acid for at least one year before pregnancy also may greatly reduce the risk of premature birth. These findings add even greater weight to March of Dimes support for the U.S. Public Health Service’s long-standing recommendation that every woman of childbearing age consume 400 micrograms of folic acid daily. We hope this new research also will spur more health care professionals to urge their female patients to make folic acid part of their daily routine as a simple step toward having a healthy baby in the future.”

“In addition to its benefits in preventing pregnancy complications, previous studies have suggested that folic acid may also have beneficial effects in preventing stroke and cardiovascular disease in adults,” said Katharine Wenstrom, M.D., president of the SMFM, “That’s why everyone — men and women — should get into the habit of taking it.”

Today’s abstract, Preconceptional Folate Prevents Preterm Delivery, represents the first and largest U.S. study to look at the effects of pre-conceptional folate supplementation on early preterm delivery. It is the fifth study by SMFM members to be honored by the March of Dimes for honing the tools used in the fight against prematurity. The March of Dimes conducts a National Prematurity Campaign aimed at raising awareness and reducing the growing rate of premature births.

The Society for Maternal-Fetal Medicine (est. 1977) is a non-profit membership group for obstetricians/gynecologists who have additional formal education and training in maternal-fetal medicine. The society is devoted to reducing high-risk pregnancy complications by continuously educating its 2000 members on the latest pregnancy assessment and treatment methods. It also serves as an advocate for improving public policy, and expanding research funding and opportunities for maternal-fetal medicine. The group hosts an annual scientific meeting in which new ideas and research in the area of maternal-fetal medicine are unveiled and discussed. For more information, visit http://www.smfm.org.

The March of Dimes is the leading nonprofit organization for pregnancy and baby health. With chapters nationwide and its premier event, March for Babies, the March of Dimes works to improve the health of babies. For the latest resources and information, visit marchofdimes.com or nacersano.org. 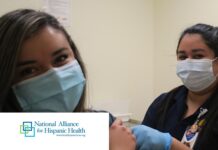 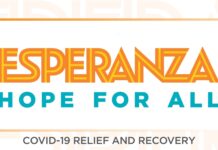 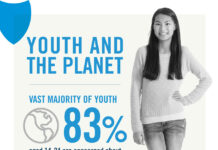 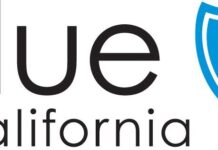