LOS ANGELES, Sept. 29 /PRNewswire-HISPANIC PR WIRE/ — Ely Flores remembers the day when, at six years old, he first saw gunshots fly in his neighborhood as rival gang members fired back and forth. Growing up in South Central Los Angeles, where gangs and drugs dominated, presented many obstacles to success.

“My father left the family when I was young,” Flores says. “That left my mom very sad and pushed my older brother and me into gangs.

“Eventually, Flores was kicked out of his local high school because of gang involvement. He was committed to house arrest several times. With regard to education, Flores experienced a situation familiar to many Latinos. Fewer than six in 10 Latino students in the U.S. graduate from high schools on time with a traditional diploma, and more than two in five drop out, according to an Education Week study.

But after enrolling at LA CAUSA YouthBuild in East Los Angeles — an alternative school supported in part by the Bill & Melinda Gates Foundation –Flores envisioned a new future for himself.

LA CAUSA is one of 29 schools belonging to YouthBuild USA’s National Schools Initiative, which brings alternative high school models to low-income students who had previously been dropouts. The program helps these students earn a high school diploma and prepare for college or the workforce.

Teachers in YouthBuild schools show students — many of whom have been incarcerated or otherwise fell through the cracks — that they can succeed despite their troubled pasts. Students enjoy small class sizes and supportive learning environments as well as leadership development training and career counseling. Students gain construction skills through hands-on learning while taking high school courses. In some cases, they can also earn early college credits.

For many students, the YouthBuild model is transformative.

“These schools and programs are trying some very interesting new things and are on the cutting edge of education,” said Lissette Rodriguez, YouthBuild’s vice president for field services. “Most people agree that youths who have dropped out deserve a chance. But it is more challenging for them to believe that these young people can achieve at a high level and go on to graduate from college.

“YouthBuild leaders are already proving that students who were cast off in the past can succeed. In the 2006-07 school year, roughly two out of three YouthBuild students either earned a high school diploma or received their general equivalency degree (GED). Four in 10 students were accepted into a college program.

Ely Flores was an early YouthBuild success story, graduating from LA CAUSA in 2005 with his high school diploma and GED.

“Ely was always a leader. He was just using his leadership for the wrong things,” said Alejandro Covarrubias, who founded LA CAUSA YouthBuild in 2002. “He needed to see a model for positive behavior.

“After some rocky periods and with the school’s help, Flores left his gang. Now 21 he is a young father, college student, and student mentor for students. Flores developed a passion for community organizing through LA CAUSA and now leads workshops for young people on leadership, youth empowerment, and human rights.

Turnarounds like Flores’ are not uncommon in the hundreds of schools nationally that use grants from the Gates Foundation to transform the traditional high school. While each grantee takes a slightly different route, the foundation is most interested in smaller schools with high expectations and high-quality teaching.

The Gates Foundation and its partners are acutely concerned with the historically poor high school graduation rates and college attendance rates for Latino students. Since 2000, the foundation has invested more than $1.9 billion in more than 1,800 schools across the country.

Flores says experiences like his prove that high schools with fresh approaches can change the course of students’ lives.

Flores wanted to show his newborn son a new way of life. But for years he was torn, feeling like leaving his gang would be the ultimate act of disloyalty. “LA CAUSA finally taught me what was really going on [with the gang],” Flores said. “And instead of just running with my friends, I began to tell myself that I could help my homies out by empowering them. I just realized there was something bigger in my life.” 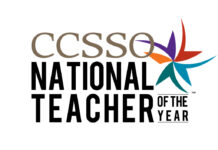 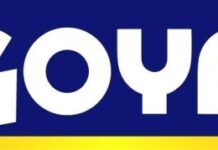 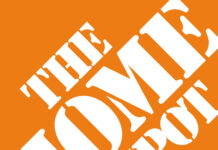