Irving, TX–(HISPANIC PR WIRE – BUSINESS WIRE)–September 28, 2004–Exxon Mobil Corporation (NYSE:XOM) today announced a contribution of $100,000 from the ExxonMobil Foundation to the American Red Cross to aid the millions of victims devastated by the recent hurricanes. Today’s donation brings to $450,000 the total that ExxonMobil has contributed to the Red Cross for its sustained response to an unprecedented series of disasters that have struck the Southeastern United States and the Caribbean.

“We can’t thank the Red Cross enough for their heroic and tireless efforts to aid the people affected by this series of natural disasters in just a little more than a month,” said Stuart McGill, President, ExxonMobil Production Company. “This is personal for us because we have thousands of employees and contractors living and working at our oil and gas production operations, our manufacturing facilities and our retail locations in the impacted areas.”

“The support ExxonMobil has provided to the American Red Cross has been incredibly generous,” said Skip Seitz, Senior Vice President, American Red Cross. “This succession of hurricanes has devastated communities in their paths and has called to action the response resources of the nation. ExxonMobil’s financial support translates into basic and essential support – like food and shelter – for the tens of thousands of victims requiring maximum assistance in the wake of disaster. We are grateful for ExxonMobil’s proactive response to help victims of hurricane disaster.”

ExxonMobil is a leading global petroleum and petrochemicals company whose subsidiaries have operations in more than 200 countries. 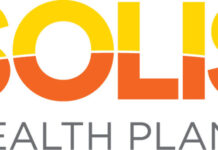