ATLANTA, GA–(HISPANIC PR WIRE)–Oct. 8, 2002–Though the summer season has come to a close, travel expert Rudy Maxa says savvy travelers can still snap up deals on both exotic and local destinations to make the most of their vacation dollars. According to the Arby’s(R) Refreshing Getaways Survey, more than half of all Americans (51 percent) are most likely to travel in the summer. But Maxa, the “Savvy Travelerä” on public radio’s evening business show, “Marketplace,” thinks fall trips can offer better deals and more flexibility.

“Fall is a great time to take advantage of travel deals – not only are lower prices available, but popular destinations tend to be less crowded and easier to access after the summer rush is over,” said Maxa. “No matter what your destination of preference, with a little advance planning and some creative research, chances are you can have a fun, relaxing and affordable vacation.”

Rules of the Road

The Arby’s Refreshing Getaways Survey also found that more than one-third (34 percent) of Americans view cost as the biggest barrier to traveling. According to Maxa, the most important things to remember when looking for an affordable vacation this fall are:

Timing is everything – Plan your trip far ahead to take advantage of advance purchase airline fares, or take off on the spur of the moment and take advantage of last-minute deals from airline Web sites or cruise ships that discount unfilled cabins.

Don’t forget to do your homework – If time is limited, do a little research. Web sites now cover almost any destination. For example, you can research precise driving directions for “fall foliage” on Web sites operated by state tourism officials. Most also will offer daily updates on leaf conditions.

Some things are free – For those who don’t think it’s a good deal unless it’s free, there are still options for great fall travel. Participating Arby’s restaurants are giving away 30 free Carnival cruise vacations during the month of October as part of the Arby’s Refreshing Getaways Promotion. Arby’s customers who purchase a 32-ounce beverage or a giant-sized combo meal will receive a special cup with prizes including free movie rentals and Arby’s food offers on every “peel-and-reveal” game piece. Thirty lucky winners in the Arby’s Refreshing Getaways Promotion will receive the grand prize – an all-inclusive Carnival cruise vacation for two, including airfare and a four-day cruise to a variety of destination choices. The Arby’s Refreshing Getaways Promotion runs through October, while supplies last.

Half of those surveyed (50 percent) in the Arby’s Refreshing Getaways Survey said that taking time away from work and other obligations make it too difficult to travel, but they can still enjoy everyday getaways. Nearly one-third of Americans (29 percent) relax after a hectic day by watching TV or a movie, while another 14 percent dine out or order in to help unwind.

“It seems everybody deserves a refreshing getaway, whether it’s enjoying a cruise vacation, watching a rented video or taking a night off from cooking,” said John Schaufelberger, Senior Vice President of Marketing for Arby’s. “We’re excited to be able to offer exotic and everyday escapes to our loyal customers through the Arby’s Refreshing Getaways promotion.”

Celebrating “30 Years of Fun” in 2002, Carnival is the largest and most popular cruise line in the world with 17 “Fun Ships” operating voyages ranging from three to 16 days in length to the Bahamas, Caribbean, Mexican Riviera, Alaska, Hawaii, the Panama Canal, New England, Canada and Bermuda. The line currently has five new ships with an estimated value of $2.3 billion scheduled for delivery between now and 2005.

The Arby’s Refreshing Getaways Survey was commissioned in September 2002 to determine American’s preferences on relaxing, refreshing getaways. The Survey, conducted by Market Facts, polled a representative sample of 1,000 people aged 18 and older and has a margin of error of plus or minus 3.1 percent. 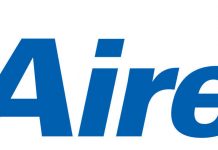 FALL IS A GREAT TIME FOR A REFRESHING GETAWAY