“We have long been aware of the growing popularity of poker on television, and we are pleased to bring the biggest Latin poker brand to our Hispanic audiences in the U.S.,” said David Sternberg, Executive Vice President and General Manager of Fox Sports en Espanol. “The PokerStars.net Latin American Poker Tour showcases the best poker action, with the top players in the world; bringing a new form of excitement to our millions of viewers.”

“It’s amazing to see how poker has become one of the most popular sports in Latin America; it has taken off like wildfire!,” said Humberto Brenes, member of Team PokerStars.net Pro. “To think that the prize pool has nearly doubled in just one year is an incredible testament to the power of poker.”

The PokerStars.net LAPT Season 2 was a huge success with four tour stops over a six-month period, which attracted 1,053 players. Over $4 million dollars in prize money makes this the most lucrative poker tour in Latin America.

— Has dealt over 32 billion hands

Reaching more than 14 million cable and satellite households in the country, of which over 5 million are U.S. Hispanic Households, Fox Sports en Espanol is the leader in Spanish-language sports media. We feature premier soccer programming with exclusive coverage of the top leagues and tournaments in Latin America and Europe; coverage of the Major League Baseball regular season, All-Star Game, American League Championship Series and World Series; championship boxing and UFC(R) and mixed-martial arts across four compelling media platforms. With more than 1,600 hours of live and exclusive programming, a robust web site brimming with streaming video and portable content from FSE Movil, we are and will continue to be the first name in the U.S. Hispanic sports space. 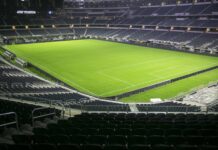