Research has shown that the more alcohol ads kids see, the more likely they are to drink, drink to excess and drink more often. In 2009, the Surgeon General’s Call to Action to Prevent and Reduce Underage Drinking reported that 5,000 people under the age of 21 die annually from injuries caused by alcohol. Hundreds of thousands more suffer alcohol-fueled sexual assaults, serious injuries, diseases and academic failure.

A new analysis released today by the Center on Alcohol Marketing and Youth at the Johns Hopkins Bloomberg School of Public Health, shows once again that voluntary industry advertising codes are ineffective. According to the study, youth exposure to alcohol advertising on U.S. television increased 71 percent between 2001 and 2009. The research also pointed to Bud Light, a mainstay of Super Bowl advertising, as one of 12 brands targeting youth. The full report, Youth Exposure To Alcohol Advertising on Television, 2001-2009, can be found at http://www.camy.org.

“Foreign-based alcohol corporations spend half a billion dollars annually advertising during TV sports programs,” said Scippa. “And the holy grail of beer ad venues and revenues is the Super Bowl, where Anheuser-Busch InBev burns beer brands into the developing brains of an estimated 30 million underage football fans. Clearly self-regulation does not work but Free The Bowl(TM) allows youth to say to Budweiser, CBS-TV and the NFL, STOP EXPLOITING US WITH YOUR BEER ADS!”

The deadline for video entries is January 24, 2011. Contest winners will be announced during the Free The Bowl(TM) 2011 World Premiere, February 3, 2011, at the Smith Rafael Film Center in San Rafael, California. To view past years’ winning videos, this year’s promotional videos, and for more information on contest rules, entry details and prizes, visit FreeTheBowl.com.

As the Pandemic Surges, Coalition of America’s Premier Health Organizations and Many States Join Together with Get Covered 2021 in Push to Promote COVID-19... 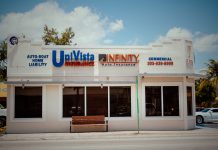