Mochila has become the prime destination for web-based and offline publishers to acquire the world’s best content à la carte and on-demand. With Mochila’s dynamic publishing tools and content multi-media player which supports video, text, and images, publishers have a uniquely powerful opportunity to create compelling ad-supported content and slide shows for free and share in the advertising revenue.

AFP’s Spanish content is second to none. AFP provides in-depth Spanish language coverage in real time edited from its regional centers in Montevideo and Madrid, as well as from AFP bureaus located throughout Latin America, the US and the rest of the world.

AFP offers Spanish language stories and multimedia content, which includes a unique and exciting coverage of the Copa America 2007. The AFP Copa America offering includes live coverage of the matches, with results, statistics and related news. A comprehensive sports database is available with 50 players’ biographies, presentations of the cities and stadiums, match calendars, team data, and associated news. Also included in the Copa America is a look at its inner workings, a breakdown of the rules, and a complete history from its inception in Argentina in 1916 to its current incarnation in Venezuela in 2007.

“Having our Spanish content available on the Mochila platform now allows all Spanish media to use AFP high quality content in a very flexible way said Gilles Tarot, Marketing and Sales Director for AFP in North America. “Mochila has implemented an attractive business model for print publications and websites and we are delighted that their members can access our international and sports coverage in a beneficial and tailored manner.”

Mochila came out of stealth mode in April 2006 and has not looked back since then with more than a thousand of the biggest and most powerful publishing companies in the world that own and operate thousands of newspapers, magazines, wire services and websites combined. Key members include:

Mochila (http://www.mochila.com) is the world’s only syndication service to allow editors the ability to easily and instantaneously acquire the highest-quality rights-managed content a la carte and on-demand. Mochila provides simple but powerful tools for content sellers to set licensing rules, including pricing, embargoes, exclusions and other business terms. Mochila gives content sellers the ability to easily reach new markets while protecting their current business relationships.

And all these services are also available to Spanish-language media around the world through Mochila Espanol. Mochila is the world’s first and only online media marketplace, where members can Buy, Sell, and Earn.

AFP maintains a network of journalists and photographers in 165 countries covering events 24/7. The AFP brand guarantees editorial quality and reliability built since the agency was founded in 1835. It offers text, pictures, graphics, animated graphics and video as well as multimedia content in seven languages. AFP covers all the news worldwide, from politics and diplomacy to economy and finance, sports and culture to science, technology, health and people. Its clients include the world’s major media organizations as well as corporations, governments and international agencies. Its services are edited at regional centers in Paris, Nicosia, Washington DC, Montevideo and Hong Kong. For more information about AFP, please go to http://www.afp.com 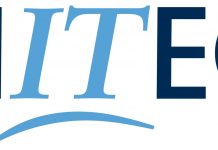 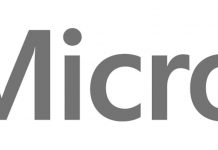 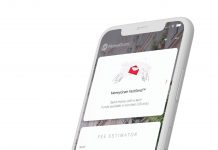