IRAPUATO, Mexico, Jan. 21, 2014 /PRNewswire-HISPANIC PR WIRE/ — The HELLA Group, one of the world’s leading automotive suppliers, has officially opened its fifth production plant in Mexico — a $90-million facility built in just eleven months in Irapuato in the State of Guanajuato.

The new industrial complex will generate approximately 1,500 new jobs over the medium term and is considered one of the most advanced HELLA Group plants worldwide in terms of infrastructure, technology, design, performance and sustainability. The facility will strengthen Mexico’s position as a strategic production and distribution hub within the auto industry. The plant is expected to produce 1.2 million headlamps and 2.4 million rear lamps for markets in North and South America.

The inaugural event (held on Jan. 16) was attended by Mexico’s Secretary of Economy, Ildefonso Guajardo; the Governor of the State of Guanajuato, Miguel Marquez Marquez, and senior HELLA Group executives.

Dr. Rolf Breidenbach, chairman of the HELLA Management Board said: “We are undertaking an ambitious global expansion plan which will include substantial strategic investments in major automotive-industry production and distribution hubs around the world. Mexico is ranked tenth overall in motor vehicle production and second in Latin-America. Our investment here is a key piece to HELLA’s continued growth and will contribute to the development of the City of Irapuato, the State of Guanajuato and Mexico.”

Ignacio Moreno, president and CEO of HELLA’s Lighting Division for North and South America added, “We are very happy and proud to be opening this new plant, the HELLA Group’s state-of-the-art production center, developed with sustainability as a core objective. Moreover, we want to thank municipal, state and federal authorities for their support to develop this project. Our investment here recognizes Mexico’s important role in the global automotive industry and the country’s many competitive advantages, including its highways, human talent, universities and institutions with a technology focus as well as its geographic location. We are working to establish Mexico as the center of the expansion of our production operations in North and South America.”

One of the new plant’s major features includes a low power consumption LED lighting system developed by HELLA. Industrial processes performed in the plant don’t require water and the production system itself is emission-free. Also, the facility’s state-of-the-art waste treatment systems are operated by outside contractors specializing in waste management.

HELLA also plans to initiate a community outreach program to supply medicine and increase medical services in clinics in the local village of Abasolo.

Mr. Moreno noted that with the new facility, HELLA will not only be advancing its development of automotive lighting technology, production and state-of-the-art distribution models in North and South America, but also will be having a positive impact both locally and nationally.

HELLA KGaA Hueck & Co., Lippstadt: HELLA is a global, independent, family-owned company with more than 29,000 employees at 100 locations in more than 35 countries. The HELLA Group develops and manufactures lighting and electronic components and systems for the automotive industry. In the aftermarket segment, HELLA also has one of the largest trade organizations for automotive parts, accessories, diagnostics and services within Europe. HELLA’s Special Applications business unit develops products for specialist vehicles and entirely independent applications such as street lighting or industrial lighting systems. Complete vehicle modules, air-conditioning systems and vehicle electrical systems are produced in joint venture companies. With more than 5,600 people working in research and development, HELLA is one of the market’s most important innovation drivers. With sales of 5.0 billion euros in fiscal year 2012/2013, the HELLA Group also is one of the top 50 automotive parts suppliers in the world and one of the 100 largest German industrial companies. 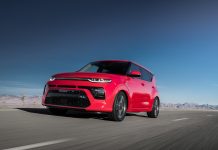 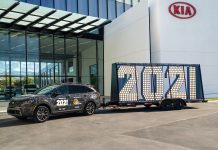 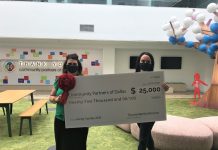 Coming Together for Giving Tuesday 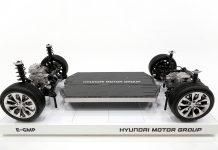