DALLAS, Nov. 29, 2011 /PRNewswire-HISPANIC PR WIRE/ — Jorge Munoz, a New York City school bus driver and founder of the non-profit An Angel in Queens, will be giving special remarks at Parents Step Ahead’s (PSA) 6th Annual “Parent of the Year” Gala. The event will be held this Friday, Dec. 2 at the Crowne Plaza Dallas Market Center.

PSA’s annual “Parent of the Year” gala honors parents who are making a difference in their children’s educational and personal development. Parents are nominated based on PSA program participation and two essays: one written by the parent on his/her involvement in their child’s education and the second written by the child about why their parent should be named “Parent of the Year.”

Jorge Munoz began his unorthodox meal program in 2004 and now feeds up to 140 day laborers every day. An Angel in Queens operates on little more than what Munoz can spare from his weekly paycheck as a school bus driver, a few donations from local restaurants, and the help of his family. He was recognized in 2009 as a CNN Hero and in 2010 received the Presidential Citizens Medal, the second-highest civilian honor, in recognition of his exemplary deeds of service for his fellow citizens.

“It is a real honor to have a person so willing to give, without expecting anything in return, at our event,” said Lupita Colmenero, founder of PSA. “Jorge Munoz is a great example of the change that a single citizen can bring about, and is an inspiration for us to improve our communities.”

About Parents Step Ahead

Parents Step Ahead is a 501-C3 nonprofit organization with a mission “to recognize, educate, enable and empower parents to take a proactive role in the educational and personal development of their children.” The organization works in partnership with school districts, corporations and community organizations to offer a series of school-based programs for parents of all backgrounds throughout the school calendar year to demonstrate the importance of parental involvement. Programs are free and include dinner, childcare, and the raffle of prizes and culminate with the raffle of a desktop computer. 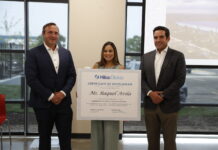 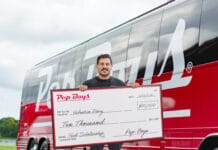 Pep Boys Awards $100,000 in Scholarships to 15 Aspiring Automotive Technicians Across the United States 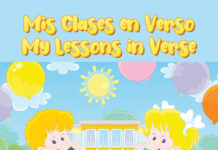 Irene Vázquez’s new book “My Lessons in Verse” is a delightful poetry book produced to be of help to children in developing their literacy... 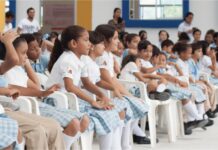