Hispanic Radio Stations Across the Country Join St. Jude Children’s Research Hospital to Save the Lives of Children With Cancer

MEMPHIS, Tenn., Oct. 6 /PRNewswire-HISPANIC PR WIRE/ — More than a dozen Spanish language radio stations across the country will participate in the Promesa y Esperanza (Promise and Hope) radiothon on October 8th and 9th, benefiting St. Jude Children’s Research Hospital®, one of the world’s premier pediatric cancer research centers.  Radio listeners in cities like Philadelphia, Charlotte, New Orleans, Providence, Minneapolis, and Kansas City can support St. Jude in its fight against childhood cancer and other deadly diseases by calling 1-800-998-VIDA (8432) from 7:00 AM – 7:00 PM (EDT) to make a donation.

For the third year, affiliated radio markets around the country will transmit approximately 30 hours of programming dedicated to raising funds that will support the mission of St. Jude. The funds raised will help to find cures for children at St. Jude regardless of their family’s ability to pay. Radio listeners interested in making a donation and becoming an Angel de Esperanza (Partner in Hope) by donating $20 per month can do so by calling during the radiothon or visiting http://www.promesayesperanza.org . Last October, these stations raised more than $633,000 for the research and treatments that are conducted daily at St. Jude.

During the event, listeners will have the opportunity to hear the stories of children like Jessica, who are battling cancer. At just 3 years old, Jessica has been battling acute lymphoblastic leukemia for more than a year. Thanks to the financial support of the Angeles de Esperanza, St. Jude will provide Jessica with the cutting-edge medical care she desperately needs.  In 1962, the survival rate for (ALL), the most common form of childhood cancer, was 4 percent. Today, the survival rate for this once deadly disease is 94 percent, thanks to research and treatment protocols developed at St. Jude.

“For the last three years, Davidson Media Group has joined the St. Jude mission and we have had the privilege of knowing that we are helping to save the lives of thousands of sick children worldwide.  It is an honor to see how our listeners have joined this cause,” said Felix L. Perez, President and CEO of Davidson Media Group. Davidson Media Group owns 33 Radio stations in 17 different markets throughout the U.S.

“We are so grateful once again for the support of Davidson Media Group. Thanks to the efforts and commitment of their staff, we are sure that the Promesa y Esperanza radiothon will be very successful and help to give hope to the precious kids of St. Jude and children in communities everywhere fighting cancer and other deadly diseases,” said Richard C. Shadyac Jr., CEO of ALSAC, the fundraising organization of St. Jude.

Since opening in 1962, St. Jude has treated children from all 50 states and around the world. From public donations such as the Promesa y Esperanza radiothon, St. Jude researchers and doctors are able to share medical discoveries around the world, including several Latin American countries, to help increase survival rates for children with cancer and other catastrophic illnesses.

About St. Jude Children’s Research Hospital
St. Jude Children’s Research Hospital is internationally recognized for its pioneering work in finding cures and saving children with cancer and other catastrophic diseases. St. Jude is the first and only pediatric cancer center to be designated as a Comprehensive Cancer Center by the National Cancer Institute. Founded by late entertainer Danny Thomas and based in Memphis, Tenn., St. Jude freely shares its discoveries with scientific and medical communities around the world. St. Jude is the only pediatric cancer research center where families never pay for treatment not covered by insurance. No child is ever denied treatment because of the family’s inability to pay. St. Jude is financially supported by ALSAC, its fundraising organization. In 2010, St. Jude was ranked the most trusted charity in the nation in a public survey conducted by Harris Interactive, a highly respected international polling and research firm. St. Jude was also named the nation’s top children’s cancer hospital in the 2010-11 Best Children’s Hospitals rankings published by U.S. News & World Report. For more information, go to http://www.stjude.org .

Children’s Hospital of Philadelphia Joins 38 U.S. Health Systems to Declare: It is Undeniable, Racism is a Public Health Crisis 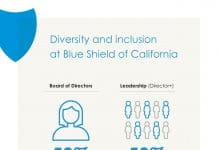 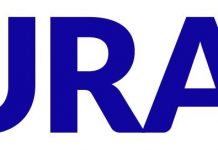 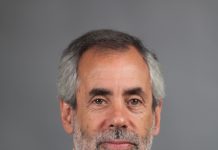 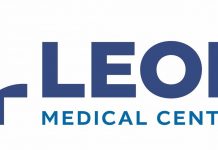 Hispanic Radio Stations Across the Country Join St. Jude Children’s Research Hospital to Save the Lives of Children With Cancer