Through this partnership, HITN will bring Pocoyo, Zinkia’s hit global preschool character, to a series of tablet, smartphone and cloud-based programs designed to aid preschool children in developing critical literacy skills in English. By focusing on English Language Learners whose primary language is Spanish, HITN will be reaching an audience of children who have been traditionally underserved, in keeping with the mission of the U.S. Department of Education’s Ready To Learn program.

“We will lead the way in delivering all of the educational benefits that innovations like touch screen devices and interactive learning bring to an audience of children that has unique linguistic strengths and needs,” HITN President and CEO Jose Luis Rodriguez said. “Pocoyo is a perfect fit for our ELL initiative, with tremendous recognition in the Latino community and an ever-expanding fan base among pre-schoolers.”

As a national Spanish language programming service, HITN’s leadership in developing this property marks the ﬁrst time in the history of the federal Ready To Learn program that a Hispanic organization will be primarily responsible for creating content for the Latino community.

Jose Maria Castillejo, Chairman of Zinkia, said, “We are honored to partner with HITN and Project LAMP on such an important initiative, utilizing our beloved Pocoyo to help children in the Hispanic Community across the U.S. to develop and master English language skills.”

Project LAMP is part of the U.S. Department of Education’s Ready To Learn program, which supports the development of educational television and digital media targeted at preschool and early elementary school children and their families, with a particular interest in reaching low-income children. The Project LAMP initiative is designed to help close the “achievement gap” of low-income children by creating multi-platform digital media-based programs for children ages three-to-eight years old to better prepare them for school and success as lifelong learners.

Pocoyo, an award winning animated series about a young boy’s discovery of the world around him, boasts a potential global audience of over 3.5 billion. With more than 750 million hits on YouTube®, over 700,000 Facebook fans, and more than 27.5 million content downloads from the official Pocoyo website, the series, licensed in over 150 countries worldwide, is recognized as a global hit property. In addition to the successful TV series, the virtual world, Pocoyoworld.com, has attracted more than 2.5 million unique visitors, enabling children and caregivers to share a host of fun and educational activities with their favorite characters.

About HITN, Inc.: HITN, Inc. (The Hispanic Information and Telecommunications Network) was established in 1983 as a non-profit organization. HITN’s mission is to advance the educational, socio-economic and cultural aspirations of Latinos in the US and Puerto Rico through technology. HITN-TV is the first U.S. Latino-controlled, non-commercial, Spanish-language, media company delivering educational programming to more than 40 million homes nationwide on Satellite and Cable focusing on Health, Financial Literacy, and Education.

About Zinkia Entertainment: Zinkia Entertainment specializes in the creation and management of entertainment properties for today’s global marketplace. Zinkia’s primary focus is the development and production of content for all media platforms to engage, entertain and educate children of all cultures. Zinkia is the exclusive worldwide licensor of global brand sensation POCOYO, one of Spain’s most successful animation productions. Founded in 2001, Zinkia is headquartered in Madrid, Spain and operates offices in China. http://www.zinkia.com

About Project LAMP: Project LAMP (Learning Apps Media Partnership) is a children’s transmedia educational initiative developed through a partnership of Hispanic Information and Telecommunications Network (HITN), Callaway Digital Arts, and the Michael Cohen Group. Project LAMP was awarded a five-year grant by the U.S. Department of Education in 2010. Funded through the Ready to Learn program, Project LAMP partners are working cooperatively with the Department’s Office of Innovation and Improvement to ensure more young children have the math and literacy skills they need to succeed in school. 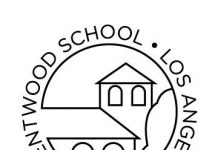 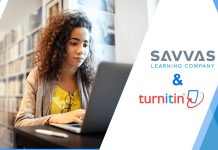