NEW YORK, Sept. 26 /PRNewswire-HISPANIC PR WIRE/ — In just six years, the Hispanic Television Summit, presented by industry trade publications, Multichannel News and Broadcasting & Cable, has become the signature annual conference for industry-influencers and leaders involved in the business of television and digital video targeted to the US Hispanic and Latin American audiences.

One reason for this distinction is that the Summit delivers the “freshest” industry information in response to the current trends in the television and digital video marketplace. As a result, the Summit attracts speakers, panelists, and participants who are top executives from broadcast, cable, satellite, broadband and mobile, as well as those from related businesses like advertising, finance, consumer electronics, video technology and other consumer goods.

The distinctive topic of the Hispanic Television Summit always focuses on the latest trends for generating revenues within the Hispanic television and digital media space. The particular focus this year, 2008 will place the spotlight on the Hispanic viewing audience including the effects of the digital transition, re-transmission and “must-carry” rights, as well as technical advances that have increased the number of new distribution options like multi-casting, switched video and cross-platform on multiple screens (TV, computer and mobile phone).

Several keynote presentations include one by Melinda Witmer, who as Chief Programming Executive for Time Warner Cable is one of the cable TV industry’s leading decision makers. Ms. Witmer will speak about the opportunity to serve the viewing interests of the diverse Hispanic TV household. Another keynote will be delivered by the COO of Telemundo Communications Group, Jackie Hernandez, who will address the need to meet the priorities of both viewer and advertiser at the same time and will share findings from a recent research study. Yet another keynote presentation will be made by Robin Blunt, who VP of promotions and Retailer Marketing at the Simon Property Group — a leading, nation-wide shopping mall management company. Mr. Blunt will share data about Hispanic shopping habits, and describe recent executions of co-promotions targeted to Hispanics, as well as offering creative promotional ideas that are easily applied to the TV industry.

Each of the seven (7) panels will focus on its own particular part of the overall equation.

One panel will address how advertising sales and advertising measurement are affected by a multi-screen “view-when-you-want” environment controlled more by the viewer and less by the network.

Another panel, focuses on marketing digital programming and services to Hispanics — whether it is to promote subscription to an Hispanic tier or transactional pay-per-view.

A promotions panel is presented with the assistance of the Multicultural Marketing Committee of NAMIC (National Association of Multi-ethnicities in Communications) and addresses how to attract Hispanic audiences.

Another panel focuses specifically on content distribution, taking note of innovative ways to expand programming options for the viewer via switched video, multicasting and video on demand, as well as traditional models.

A new addition this year is the panel that takes a look at how Hispanics are using new consumer electronics and how manufacturers are expanding viewing satisfaction with new technologies.

And, the always popular finance panel features those who are currently investing in digital video and television properties in the Hispanic market.

The Summit is being produced for the sixth time for Multichannel News and Broadcasting & Cable by New York-based Schramm Sports & Entertainment, Inc., a leading marketing and media services company which includes Hispanic marketing of TV content among its specialties.

To register: visit http://www.multichannel.com/hispanicsummit or call Sandy Friedman at 646-746-6740 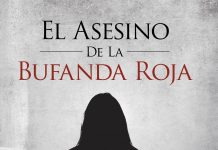 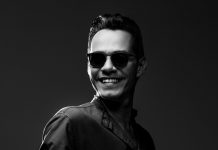 Marc Anthony: One Night Only