“Serving one of the fastest growing demos for Mixed Martial Arts, the Hispanic market both in the United States and abroad, is a major priority for the IFL in 2008,” said IFL CEO Jay Larkin. “We are very pleased to be able to start that progress with one of the hallmark brands in all of broadcasting, HBO, and its Latin American arm.”

HBO Latin America joins an ever-growing international TV lineup for IFL programming, which includes MyNetworkTV, HDNet and FSN in the United States, MBC in the Middle East and parts of Africa, Star TV in Asia, CanWest Global and Fox Sports Canada in Canada, EGO in Israel, ITV in the United Kingdom, TV4 in Sweden and Armed Forces Television worldwide.

Just completing its first full season of operation, IFL programming will now be seen in over 300 million homes worldwide.

ALFRED HABER, INC. and ALFRED HABER DISTRIBUTION, INC., established 39 years ago, together form the world’s largest distributor of U.S. Network (CBS, ABC, NBC and FOX) reality, music and event specials, and are major independent distributors of reality and documentary series, mini-series and made-for-television motion pictures for the U.S. and the international television marketplace. More information is available at http://www.alfredhaber.com.

International Fight League(TM) (IFL) has its headquarters in New York and offices in Las Vegas. For more information about IFL, please see: http://www.ifl.tv.

Forward-Looking Statements: This release contains forward-looking statements pursuant to the safe harbor provisions of the Securities Litigation Reform Act of 1995, which are subject to various risks and IFL’s management’s expectations, hopes, beliefs, intentions or strategies regarding the future financial condition, and results of operations. There can be no assurance that future developments actually affecting IFL will be those anticipated.

Important factors that could cause actual results to differ (favorably or unfavorably) from the expectations stated in this release include the risks and uncertainties such as the conditions of the markets for live events, broadcast television, cable television, pay-per-view, Internet, entertainment, professional sports, and licensed merchandise; acceptance of the Company’s brands, media and merchandise within those markets; uncertainties relating to litigation; risks associated with producing live events; uncertainties associated with international markets; risks relating to maintaining and renewing key agreements, including television distribution agreements; effects of competition, including locations of competitors and operating and market competition.. Should one or more of these risks or uncertainties materialize, or should any of the Company’s assumptions prove incorrect, actual results may vary in material respects from those projected in these forward-looking statements.

IFL undertakes no obligation to update or revise any forward-looking statements, whether as a result of new information, future events or otherwise, except as may be required under applicable securities laws. This press release may include the opinions of IFL and does not necessarily include the views of any other person or entity. 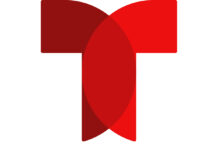