VANCOUVER, British Columbia, March 17, 2011 /PRNewswire-HISPANIC PR WIRE/ — A world-renowned fragile X syndrome researcher, who was the first to identify the long-sought genetic abnormality responsible for this disorder, will be honored by the March of Dimes.

Stephen T. Warren, PhD, the William Patterson Timmie Professor of Human Genetics and Charles Howard Candler chair of the Department of Human Genetics, as well as professor of biochemistry and pediatrics at Emory University School of Medicine, will receive the March of Dimes/Colonel Harland Sanders Award for Lifetime Achievement in the field of genetic sciences. Dr. Michael Katz, senior vice president for Research and Global Programs of the March of Dimes, will present the award to Dr. Warren today during the annual Clinical Genetics Meeting of the American College of Medical Genetics at Vancouver Convention Centre.

Fragile X syndrome is an inherited genetic condition that involves changes in the X chromosome and specifically the FMR1 gene. It is the leading cause of inherited intellectual disability. Fragile X can be passed on in a family by individuals who have no signs of this genetic condition. In 1991, Dr. Warren — initially funded by a March of Dimes Basil O’Connor Starter Scholar Award — and colleagues published their work on the genetic abnormality responsible for fragile X syndrome, as well as the affected protein. Dr. Warren has successfully applied his research findings to clinical settings.

Dr. Warren received his doctorate in human genetics in 1981 from Michigan State University and in 1985 joined the faculty of Emory University School of Medicine. Dr. Warren was elected to the Board of Directors of the American Society of Human Genetics in 1997 and elected its president in 2006. He was also editor-in-chief of The American Journal of Human Genetics from 1999 until 2005.

Established in 1986, the March of Dimes/Colonel Harland Sanders Award is given annually to an individual whose lifetime body of research and education has made a significant contribution to the genetic sciences.

The March of Dimes is the leading nonprofit organization for pregnancy and baby health. With chapters nationwide and its premier event, March for Babies®, the March of Dimes works to improve the health of babies by preventing birth defects, premature birth and infant mortality. For the latest resources and information, visit http://marchofdimes.com or http://nacersano.org. 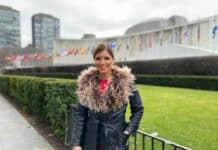