SAN DIEGO, CA–(HISPANIC PR WIRE)–February 10, 2003–David M. Theno, Ph.D., senior vice president of quality and product safety for Jack in the Box Inc., has joined the advisory board of the Partnership for Food Safety Education® (PFSE), a public-private coalition dedicated to preventing foodborne illness by educating Americans at home and at work about safe food handling and by building awareness of food security. The 10-member advisory board, the first ever established by PFSE, includes representatives with backgrounds in education, journalism, food manufacturing and retailing.

PFSE, founded in 1997, is supported by more than 500 national, state and local organizations from the public health, government, consumer and industry sectors. Among its achievements, the PFSE developed the Fight BAC!™ public education campaign, a consumer-friendly program focused on safe food handling. In addition to overseeing product safety and regulatory compliance for Jack in the Box®,

Theno is active in several food-safety and restaurant-industry organizations, including the National Advisory Committee on Microbiological Criteria for Foods, which advises the U.S. Department of Agriculture (“USDA”) and other federal food-safety agencies on issues relating to the safety of domestic, imported, and exported foods.

Since Theno joined Jack in the Box in 1993, the company has become a leader in food safety and proponent of higher industry standards. In 1994, Jack in the Box was the first company in the restaurant industry to implement a Hazard Analysis Critical Control Points (“HACCP”) system that encompasses farm to fork procedures for safe food handling and preparation in every restaurant. Highlights of the system include:

–Microbial testing of products for E. coli O157:H7, listeria and salmonella at manufacturers’ facilities. Products are not released to restaurants until after testing negative for these pathogens.

–Mandatory HACCP systems at all supply and manufacturing facilities, which are subject to regular on-site inspections by Jack in the Box to ensure compliance with the company’s stringent safety and quality protocol.

–Regular audits of distributors, along with inspections at the company’s distribution centers, to ensure that products are stored and delivered under proper and secure conditions.

–Various activities at Jack in the Box restaurants, including regular inspections of all workstations to confirm compliance with safety and quality procedures. These inspections also verify such critical control points as correct equipment temperatures, proper use of tools and procedures to prevent cross-contamination, proper product temperatures and continual practice of proper employee hygiene requirements.

The HACCP system at Jack in the Box is recognized by the USDA as a model for the restaurant industry. The Washington, D.C.-based consumer group, Center for Science in the Public Interest, has also recognized Jack in the Box for its leadership role in food safety.

As a result of its work with HACCP, Jack in the Box has become a food-safety resource for the industry, freely sharing its system with others. The company has also been a strong proponent of higher industry standards. Among the legislative events that Jack in the Box has supported are:

–Federally mandated microbial testing of meat for E. coli O157:H7 to provide control of this food pathogen prior to entry into the food stream;

–Federal and state laws requiring health providers and public health agencies to report E. coli O157:H7-related illnesses to aid in quick identification of when and where problems are occurring;

–Mandatory food-safety training for all foodservice workers or any person preparing or serving food to the public.

For the company’s efforts to help the state of California adopt the uniform food-safety standards put forth by the federal Food and Drug Administration, the Food and Drug Branch of the California Department of Health Services recognized Jack in the Box in 2000 with its inaugural award for “outstanding leadership in food safety.” The award also honored Jack in the Box for helping the state draft a 1997 law requiring all restaurants to cook meat and eggs at specified temperatures to ensure safety.

Visit the Jack in the Box Web site at www.jackinthebox.com for more biographical data on Theno and additional information on food safety at Jack in the Box.

Founded in 1951, Jack in the Box Inc. (NYSE: JBX) is the nation’s first major drive-thru hamburger chain. The San Diego-based company operates or franchises 1,870 quick-service restaurants in 17 states and has 43,000 employees. 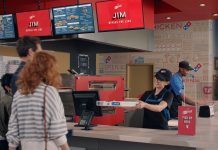 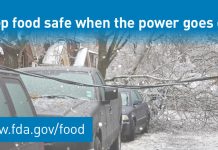 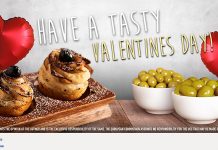 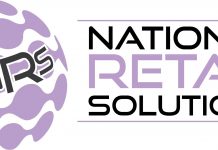 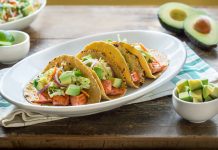 JACK IN THE BOX INC. EXECUTIVE NAMED TO PARTNERSHIP FOR FOOD SAFETY EDUCATION® ADVISORY BOARD