TAMPA, Florida, Jan. 17, 2020 /PRNewswire-HISPANIC PR WIRE/ — The book El Guardián del Tesoro de la Isla del Coco was created by Jorge Granados Loria. Jorge Granados Loria is an author who dedicated himself to the Administration of Agricultural Companies. He ventured to the United States twenty years ago and resides in Tampa, Florida. 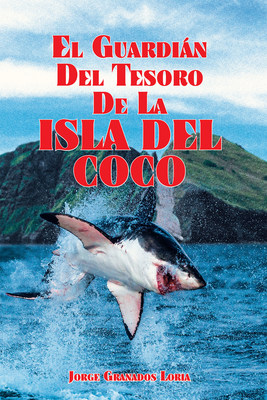 Jorge Granados Loria said this about his book: “According to the legend in 1820, the Ministry of Natural Resources authorized said company to look for that booty, but the agreement must be by the Office of the Attorney General and the Comptroller General of the Republic.

The treasure supposedly consists of tons of gold and silver bullion and sheets of gold that covered the domes of churches, ornaments, utensils, and images of Lima. That loot, estimated at eight hundred million dollars, was taken from that capital by the English pirate William Thompson, who transferred him to Cocos Island in Costa Rica. In 1869 Guillermo Fucker did the search but was unsuccessful. The following that I mention also attempted the search. In 1985, Augusto Gissler; in 1938, Milton Canham; in 1947, F. R. Johnston, president of the Archeological Society of Southern California; in 1948, Zuria Marina Quirós de González; in 1983, Mr. Klaus Heydorn, President of Germany; in 1989, Mr. Charles Baldwin.

All these characters tried the search, but all failed.

In this book, the reader can see how man, with his fantasy of being rich, conquers the world with riches, treasures, silver; travel, women; Here you will discover the answer.

PS. These files are found in the newspaper La Nación, Costa Rica.”

Published by Page Publishing, Jorge Granados Loria’s new book El Guardián del Tesoro de la Isla del Coco will fill readers with knowledge on the hidden wealth in the island of Cocos that became the quest of men for glory and honor.

Consumers who wish to partake of the rich history of Cocos Island and its overwhelming treasure trove waiting to be discovered can purchase El Guardián del Tesoro de la Isla del Coco in any bookstore, or online at Apple iTunes, Amazon.com, Google Play, or Barnes and Noble.