CHICAGO, April 15 /PRNewswire/ — As taxpayers scramble to file on time, hundreds of people across the state ask the Illinois Governor and Congressional delegation to make wiser investments in sexual health education. Nearly $8 million pours into Illinois annually from federal tax sources supporting abstinence-only-until-marriage programs. By federal law, abstinence-only programs restrict educators from mentioning contraceptives or condoms except to discuss their failure rates. Title V is the second largest of these programs, which also fail to cover puberty, sexual assault, anatomy, basics of reproduction, and many more topics recommended by medical and public health experts to be included in school-based education programs.

“At this time of fiscal crises at the state and federal levels, it is unconscionable that we would waste public money on programs that don’t work, are riddled with inaccuracies, and fail to meet the educational needs of our youth,” says Soo Ji Min, Executive Director of the Illinois Caucus for Adolescent Health.

In downtown Chicago, students, parents, and community leaders demonstrated their support for responsible investment in sexual health education. Outside the post office at Federal Plaza during the afternoon rush hour, advocates staged a demonstration with chants, performances, and speakers. Advocates also encouraged passersby to sign postcards to send to Congress to stop funding abstinence-only programs and to Governor Blagojevich to reject Title V funding for Illinois.

“I can’t imagine people paying their taxes this year would be happy to know how their tax dollars are being spent,” says Ebony Hamlin, 18, a senior at Prosser Academy in Chicago. “It’s time to get real and stop playing politics with our lives. We deserve sexual health education that meets our needs now and for our future.”

Recent reports have highlighted alarming rates of sexually transmitted infections and rising birth rates among teens. Meanwhile, governors of 17 states, including Iowa, Wisconsin, Virginia, and Arizona, have recognized the misuse of public funds for abstinence-only programs that have no impact on the health outcomes of their youth and decided to reject Title V funds. Furthermore, Title V also requires states to match $3 for every $4 received from the federal government.

Evidence has been mounting that these programs are ineffective. Last year, a Congressionally mandated evaluation conducted by Mathematica of federally funded programs showed that these programs had no impact on student behavior. Students in abstinence-only programs were no less likely to engage in sexually activity, have fewer sexual partners, or use a condom more often. These programs have also been shown to be insufficient. In a review by Illinois experts of the curricula being used in Illinois schools, the curricula most frequently used in classrooms and paid for through abstinence-only funding, ranked in the bottom third when matched up with the standards and components for school-based sexual health education recommended by the national medical and public health associations.

More information about the Illinois Caucus for Adolescent Health is available at http://www.icah.org.

The Illinois Caucus for Adolescent Health (ICAH) was founded in 1977 as the Illinois Caucus on Teenage Pregnancy. Today, working in partnership with youth, ICAH’s primary mission is to advance sound policies and practices that promote a positive approach to adolescent sexual health and parenting. ICAH’s strategies to support this mission include development of young leaders, policy analysis and development, advocacy, grassroots organizing, and training of both youth and adults. 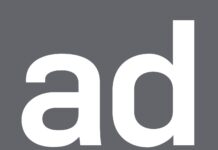 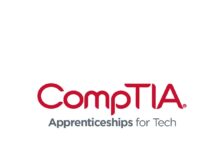 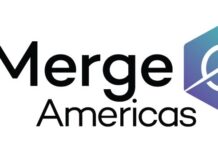