San Diego, CA–(HISPANIC PR WIRE)–November 22, 2004–Need a little help driving through the rain, sleet and snow of the winter season? Forget the tire chains. Instead, winterize your sleigh with the new Holiday Ball antenna topper from Jack in the Box(R) restaurants! Featuring the company’s classic antenna ball gussied up in reindeer antlers and a big red nose à la Rudolph, the Holiday Ball adds a festive touch to any ride (and it’s much cooler than that pine tree air freshener).

Available beginning Monday, Nov. 22, the Holiday Ball is free with the purchase of a large combo (excluding breakfast and Kid’s Meals) while supplies last. In addition to warming your car’s antenna, Jack’s Holiday Ball makes a great last-minute gift, stocking stuffer, tree ornament or, for those feeling particularly lonely over the holidays, a special reindeer friend.

The Holiday Ball is the latest in a series offered by Jack in the Box since 1995, when it introduced its original antenna ball bearing the likeness of Jack, the quick-serve chain’s witty ad pitchman. The antenna balls have been a huge success with more than 22 million in circulation, including the Millennium Ball and antenna balls representing Major League Baseball teams.

Jack in the Box Inc 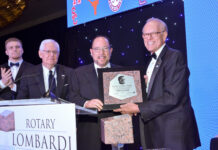