SAN JOSE, Calif., April 14, 2014 /PRNewswire-HISPANIC PR WIRE/ — California Labor Commissioner Julie A. Su fined San Carlos-based Sunflowers Maid Service for $394,944 in unpaid wages and premiums to be paid back to affected workers, plus civil penalties. The Labor Commissioner’s investigation determined that 18 employees were only paid for eight hours while working ten hour days, and were not provided meal or rest periods. Three of these workers, fired in retaliation for cooperating in the investigation, were ordered to be reinstated as employees and paid for lost hours while wrongfully terminated.

“Employers in all industries must comply with the law and pay workers according to the work they have performed,” said Christine Baker, Director of the Department of Industrial Relations (DIR.) “Wage theft not only harms the workers who are denied their hard-earned pay, it also impacts all law-abiding business who treat their employees fairly.” The Labor Commissioner’s office, also known as the Division of Labor Standards Enforcement (DLSE), is a division of DIR.

The Labor Commissioner’s investigation into overtime, meal and rest break violations, which spanned a three-year period ending in July 2013, was launched upon receipt of an anonymous complaint alleging wage theft at the business. “We applaud the worker who came forward to report these violations. This is an example of how one worker can make a significant difference in bringing to light unacceptable working conditions and get results,” said Labor Commissioner Julie A. Su.

The three workers fired for participating in the inspection and related interviews became a key part of the Labor Commissioner’s investigation. Once it was determined that terminations were of a retaliatory nature, the employer was ordered to immediately reinstate these workers and pay them a combined $6,200 for wages lost while unlawfully discharged. In addition, Sunflowers Maid Service was required to acknowledge their workers’ right to pursue additional wages for unpaid overtime and missed meal and rest periods; the employer was further required to post a notice to all employees admitting the retaliation and agreement to make the workers whole for their losses.

“Our swift response to the retaliation demonstrates our commitment to protecting workers who speak out and cooperate in order for us to conduct a meaningful inspection,” added Su. “The retaliation investigations were completed within a month of the terminations.”

The citations issued to the owners of Sunflowers Maid Service, Daniel Chopoff and Ana Garcia, include minimum wage violations totaling $208,107, rest period premiums of $69,172, unpaid meal period premiums of $28,634, and $89,030 in unpaid overtime. The husband and wife are also required to pay $61,200 in civil penalties for additional violations including failure to provide employees with itemized wage statements as required by law.

The most recent information related to California labor laws is available on DIR’s website as well as on our Facebook and Twitter pages. Employees with work-related questions or complaints may call the toll-free California Workers’ Information Line at (866) 924-9757 for recorded information, in English and Spanish. 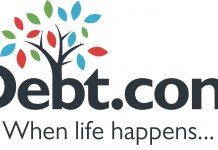 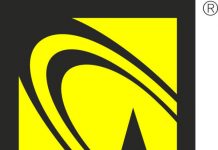