The poll, conducted by the American Pharmaceutical Association (APhA), explored recommendation habits of pharmacists in leading OTC therapeutic areas, including tooth whitening products, adult cold liquids, and topical osteoarthritis pain among others. The survey results were published in the APhA’s magazine, Pharmacy Today.

When asked about the tooth whitening products they most often recommend, pharmacists indicated that Crest Whitestrips clearly leads the pack. The second most recommended

product, Rembrandt Plus™ bleaching kit, comprised only 11% of respondents’ recommendations.

“We know that pharmacists are very serious about the recommendations they make, and we are proud that when they consider the increasingly crowded OTC whitening category, they prefer the unique strip technology offered by Crest Whitestrips,” said Ayman Ismail, marketing director for Crest New Business Development. “Since Crest Whitestrips is the only easy to use home whitening product that actually keeps peroxide against the teeth long enough to work, it make sense that pharmacy professionals would be comfortable referring their patients to our product.”

The first product of its kind, Crest Whitestrips uses clear, flexible strips coated with a whitening gel that adhere directly to the surface of the teeth. Virtually unnoticeable, the strips fit into any active lifestyle and can be worn almost anytime, anywhere-like while showering, commuting or talking on the phone. The system uses the same enamel-safe ingredient that dentists use. Consumers wear them twice a day for 30-minutes at a time and get a noticeably whiter smile in just two weeks. Repeat use is suggested for every six months to maintain desired results.

More than 10 million people have used Crest Whitestrips, and four out of five would recommend them to a friend. Crest Whitestrips are available nationwide anywhere you can buy Crest toothpaste. The suggested retail price for a 14-day treatment is $29.99.

Parkland to consolidate its International Segment; agrees to a share exchange for the remaining 25 percent of Sol 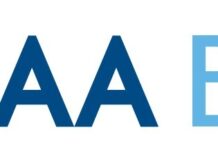 CREST WHITESTRIPS MOST RECOMMENDED OTC TOOTH WHITENER BY US PHARMACISTS