MIAMI, July 17, 2012 /PRNewswire-HISPANIC PR WIRE/ — International Latin pop superstar, Dulce Maria, returns to the music scene in collaboration with MTV with the song “Es un drama”, the theme song for the network’s third novela “Ultimo Ano”. The music video will premiere as part of “El Making of” special on MTV Latin America on Tuesday, August 7th at 8pm (Mex/Arg/Col). Additionally, on Wednesday, August 8th, the video will be available via social media websites (#DulceMariaMTV) and online.

“Es un drama” was written by Mexican singer Paty Cantu and is performed by Dulce Maria exclusively for “Ultimo Ano”. The music video, produced and directed by MTV Latin America’s creative team, was taped last May in Mexico City. The video shows Dulce Maria and the novela’s cast at an after party tearing a house apart. Warning: Extremely sexy scenes featuring Dulce Maria as never seen before!!!

“Dulce Maria has proven to be one of the most popular Latin music performers and a favorite of MTV Latin America’s audience,” said Marc Zimet, Vice President of Music and Talent for VIMN The Americas. “Es un drama” is the perfect combination of original, entertaining and distinctive music for MTV’s new novela”.

“Es un drama” is Dulce Maria’s comeback to the music scene since her successful solo debut in 2009 with Extranjera and in 2011 with Extranjera p2. This new theme song features more of a “rock” vibe than her previous work. Currently, she is producing her new album which will premier in late 2012.

“ULTIMO ANO” is MTV Latin America’s third production in its genre and the first co-production with Tr3s: MTV, Musica y Mas. It is being produced in Mexico City by Argos Production and will premiere on MTV Latin America on September 3rd, 2012 and subsequently in the US through Tr3s: MTV Musica y Mas. ULTIMO ANO is a youthful psychological thriller, which tells the story of a group of students belonging to the high class: Martin, an apparently ideal teenager, arrives at an elite school as part of a student exchange program. He lives with Benjamín, a popular kid with whom he built a good friendship but both of them fall in love with the same girl, Celeste. Mistrust develops when a conniving Martin steals his friends, his popularity and his entire life. Faced with disbelief from family and friends, Benjamin begins to wage a solitary battle to unmask the real Martin.

Viacom International Media Networks The Americas, a unit of Viacom Inc. (NASDAQ: VIA, VIA.B), owns and operates the company’s portfolio of entertainment brands, which include MTV, VH1, Nickelodeon and their respective properties in Spanish speaking Latin America as well as Viacom Networks Brazil. Additionally, the portfolio includes Tr3s: MTV, Musica y Mas in the US, which targets a broad US Hispanic audience, and MTV Networks International’s programming partnerships in Canada with Corus Entertainment for Nickelodeon and CTV Globe Media for MTV, Comedy Central and Vh1. The company’s emerging multiplatform businesses include MTVNHD and Red Viacom in Latin America as well as VH1HD in Brazil. MTV Networks Latin America, US Hispanic and Canada also serve the growing number of digitally connected consumers via its websites: http://mtvla.com , http://mundonick.com , http://comedycentral.la , http://comedycentral.com.br , http://vh1la.com , http://vh1brasil.com.br , http://tr3s.com , http://mtv.ca and http://nickcanada.com as well as through its broadband and community sites: http://mtvrevolution.com , http://mundonick.com/nickturbo , http://mtvmusica.com , http://neopets.com and http://mtvdemo.com . 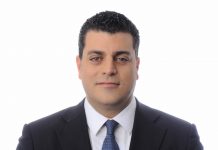