The award-winning artist will be featured throughout the Muve Music service including in-service banners which provide direct access to Richie’s work in Pop, R&B and Country for Muve Music customers. In addition, Muve Music will place Richie’s songs in its Top Features category including songs from his new Mercury Nashville release Tuskegee, a collection of 13 reinterpretations of his most popular hits with some of the biggest names in country music. A “Best of Lionel Richie” playlist will also be available for Muve Music users via My DJ.

Richie will be the first artist to participate in the HSN LIVE concert series on Friday, March 16 at 8 p.m. (EDT) on HSN, HSN.com and via HSN Mobile. During the special multi-platform concert event “HSN LIVE Presents Lionel Richie sponsored by Cricket,” Richie will perform tracks from his latest release and superstar Kenny Rogers will join him on stage to perform “Lady,” a song shared by both artists over the year.

How to Get Muve Music

Muve Music is available at Cricket company-owned stores, authorized Cricket dealers and at http://www.mycricket.com, as well as through select national retailers including HSN. Cricket’s Muve Music offering is the first wireless rate plan to include unlimited music. Starting at $55/month, the plan includes unlimited song downloads, ringtones, and ringback tones, as well as nationwide calling, unlimited messaging and 3G mobile data. Muve Music is the first music experience designed specifically for the mobile phone– no syncing, no computers, no cords needed – ever. Discover and download music quickly and easily from Muve Music’s catalog of millions of tracks right from your phone. With the ever-growing Muve Music song catalog, customers can choose from millions of songs featuring the hottest artists from more than 55 record labels, including those owned by Universal Music Group, Warner Music Group, Sony Music Entertainment and EMI Music as well as independent artists from IODA, INgrooves and Merlin.

For more information about Muve Music, visit www.muvemusic.com, and for Cricket’s dynamic device lineup, visit http://www.mycricket.com. To follow Cricket’s latest news and updates online, go to Facebook at http://www.facebook.com/cricketwireless and Twitter at http://www.twitter.com/cricketnation . 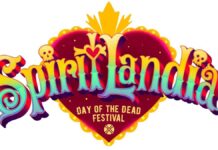