LOS ANGELES, April 8 /PRNewswire-HISPANIC PR WIRE/ — Chief Executives from oneworld’s member airlines gathered today for their first Governing Board of what is turning out to be a breakthrough year for the alliance.

It was the first time they had convened since:

–Japan Airlines reaffirmed its membership of the grouping in February and then filed for anti-trust immunity with American Airlines to deepen their co-operation across the Pacific — and the first oneworld Governing Board meeting attended by JAL’s new President Masaru Onishi since his appointment on 1 February.

–India’s leading carrier and only five-star airline Kingfisher Airlines signed a memorandum of understanding as its first step towards joining oneworld.

–The US Department of Transportation gave tentative approval in February to the application by oneworld’s transatlantic partners American Airlines, British Airways, Iberia, Finnair and Royal Jordanian for anti-trust immunity across the Atlantic — and the European Commission began market testing of proposed remedies in a key step towards approval of the proposed transatlantic joint business agreement between American, BA and Iberia.

It is also the first oneworld Governing Board meeting in a year that will see Russia’s leading domestic carrier S7 Airlines join the alliance.

oneworld Governing Board Chairman Gerard Arpey, Chairman and Chief Executive of American Airlines, said: “This time 12 months ago, oneworld was celebrating its 10th anniversary. Since then, oneworld has taken a series of significant steps towards establishing itself firmly as the world’s premier global airline alliance.

“We added one more leading airline, Mexicana, in November and look forward to welcoming on board Russia’s S7 Airlines later this year with India’s Kingfisher Airlines to follow next year.

“Not only does our line-up of members include the finest airline brands in the world, our collection of networks delivers the best coverage in the markets that matter most throughout the Americas, Europe, Asia and Australia. We believe our focus on the quality, rather than quantity, of members has been the right approach.”

“Meantime, we have been able to welcome Japan Airlines’ reaffirmation to oneworld. It is very good to have Masaru Onishi among us. We respect JAL’s alliance review was an important decision for the airline and the government of Japan. We believe they made the right choice for JAL’s many stakeholders, for Japan’s national interests and for consumers.”

Mr Arpey noted that this year had seen the biggest progress in oneworld’s history in deepening links between its member airlines: “We expect our applications for anti-trust immunity across the Atlantic and Pacific to be approved soon, levelling the alliance playing field between North America and Europe and ensuring that alliance competition remains robust between North America and Asia. Both initiatives will enable oneworld to offer our customers even better services and benefits.”

oneworld had taken significant strides in many other areas too, completing its biggest yet airport co-location project, bringing all on-line airlines from across all five passenger terminals into just two at its biggest European hub, London Heathrow, and increasing its lead in offering the widest range of alliance consumer fares.

Mr Arpey concluded: “For us, the key aim of all this activity is simple — to establish oneworld further firmly as the premier airline alliance, delivering to both our customers and member airlines services and benefits beyond the reach of any individual airline and making it easier and more rewarding to reach more places more easily on a quality network of the best brands in the business.”

Considerable progress has been made in expanding co-operation between JAL and its oneworld partners since the airline reaffirmed its membership of the alliance, following a review of its alliance strategy conducted as part of its overall restructuring programme, on 9 February this year.

Three days later it applied with American Airlines to the US Department for Transportation for anti-trust immunity for a joint business agreement between North America and Asia, and notified Japan’s Ministry of Land, Infrastructure and Tourism of their transaction. By working more closely together, the two airlines will be able to provide more seamless links for connecting passengers, expand customer choice by offering new routes and supporting existing routes that would not be economically viable for the airlines individually. This will enable them to improve efficiency, find opportunities to lower costs and have greater ability to invest in products, services and fleets.

American Airlines has also taken steps to serve Tokyo Haneda, which is JAL’s main domestic hub. American applied in February for slots to serve the airport from Los Angeles and New York JFK with flights that would also carry the JL code, subject to regulatory approvals.

British Airways and JAL are expanding their code-sharing agreement significantly, more than doubling the number of European destinations served by flights operated by the UK airline with the JL prefix. Nine routes were added last week with another four to follow later this month, taking to 23 the number of cities in Europe served by these joint services.

Meantime, preparations are moving ahead for the transfer this November of British Airways operations at Tokyo Narita into Terminal 2, alongside those of JAL and all other on-line oneworld partners.

Other oneworld member airlines are also expanding code-sharing with JAL. Its JL code has recently been added to flights by Mexicana to its Mexico City hub and on more routes served by Qantas subsidiary Jetstar.

At London Heathrow, oneworld’s biggest European hub, JAL and all other oneworld on-line partners, along with some BA services, have recently consolidated operations in Terminal 3. JAL has just started sharing BA’s lounges for premium customers there. Plans are being developed to enable JAL to share its oneworld partners’ lounges at more airports worldwide.

oneworld Governing Board Chairman, American Airlines Chairman and Chief Executive Gerard Arpey, said: “Japan Airlines is a highly valued member of oneworld and we are all committed to supporting JAL in its restructuring to create an even stronger partnership for the benefit of all our stakeholders. The rapid progress we have achieved so far is testimony to that commitment.”

Japan Airlines President Masaru Onishi said: “We analysed our alliance strategy in great detail before reaffirming our oneworld membership. oneworld is clearly the alliance of best quality, with excellent airline partners, extensive global coverage and best overall alliance proposition. The progress we have made with our oneworld partners since then, and our meeting today, has confirmed we made the right decision.

“We at Japan Airlines are excited at the prospects of further developing our relationships with our oneworld partners. We also firmly believe that being part of oneworld can strongly support JAL at a time when we are striving towards the revival of our business, which we are determined to achieve.”

oneworld brings together some of the best and biggest names in the airline business — American Airlines, British Airways, Cathay Pacific, Finnair, Iberia, Japan Airlines, LAN, Malev Hungarian Airlines, Mexicana, Qantas and Royal Jordanian, and around 20 affiliates including American Eagle, Dragonair, LAN Argentina, LAN Ecuador and LAN Peru. Russia’s S7 Airlines will join the alliance in 2010 with India’s Kingfisher Airlines on track to follow in 2011, subject to regulatory approvals. Between them, these airlines:

–Carry some 340 million passengers a year.

–Generate more than US$100 billion annual revenues in total.

The only alliance with airlines based in South America, Australia or Asia’s Middle East, oneworld enables its members to offer their customers more services and benefits than any airline can provide on its own. These include a broader route network, opportunities to earn and redeem frequent flyer miles and points across the combined oneworld network and more airport lounges. oneworld also offers more alliance fares than any of its competitors.

oneworld was voted the World’s Leading Airline Alliance for the seventh year running in the latest (2009) World Travel Awards. It is the only winner of this award since it was introduced in 2003. 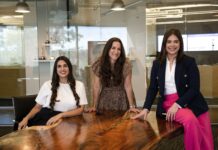 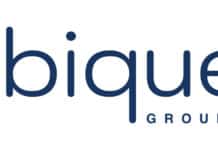