AUSTIN, Texas, Aug. 2, 2011 /PRNewswire-HISPANIC PR WIRE/ — According to the most recent version of the Texas Quarterly Housing Report, the effects of last year’s federal homebuyer tax credits continued to linger for the Texas real estate market in the second quarter of 2011.

As described in the report, the volume of single family home sales was 58,795, 12 percent less than the same quarter of the prior year during which sales volumes were bolstered by expiring homebuyer tax credits.

Dwight Hale, chairman of the Texas Association of Realtors, commented on the results, “Though statewide sales volume is down compared to 2010, when the tax credits were having the biggest impact on our market, we’re right on pace with the second quarter of 2009. In addition, Texas has dominated national headlines for economic strength, which makes it clear the recovery continues in our state.”

Jim Gaines, Ph.D., an economist with the Real Estate Center at Texas A&M University, also commented on the results, “Given the impact of last year’s tax credits, I’m not surprised to see fewer sales this quarter compared to last year. If anything, I’m surprised to see that sales volumes didn’t lag further behind 2010.”

Gaines explained, “The increase in the average price of Texas homes indicates more activity among higher priced homes. Buyers of higher priced homes have been less impacted by tightened mortgage lending standards and real estate has been an attractive investment vehicle due to instability in other investments, such as securities.”

He continued, “It’s also important to note that Texas’ price stability is in sharp contrast to many other parts of the country that have seen steep drop-offs in both median and average price.”

Another important market indicator is the inventory of homes available for sale compared with the demand to buy homes. Measured in months, Texas had 8.1 months of inventory in the second quarter of 2011 compared to 7.2 months in Q2-2010. That’s 12.5 percent longer – or just less than 30 days of additional inventory – compared to the same time period last year.

As Gaines explained, several factors contribute to this change, “Based on how this figure is calculated, estimates of demand for real estate have been impacted by last year’s tax credits. In addition, additional inventory is entering some markets as banks resume foreclosure proceedings previously delayed by investigations into robo-signing. In general, our inventory is only slightly beyond what we consider to be a balanced market.”

Gaines also commented on overall trends in the report, “More than in past quarters, we see a lot of variability among the 47 Texas markets included in this report. In general, markets that saw the greatest increases in sales volume when the tax credit was available are the same markets now seeing the greatest decreases after its expiration. As always, it’s important for buyers to evaluate their own local market and even their own submarket – down to the neighborhood level, in many cases – to make informed buying and selling decisions.”

The Texas Quarterly Housing Report is issued four times per year by the Texas Association of Realtors with multiple listing service data compiled and analyzed by the Real Estate Center at Texas A&M University. To view the report for 2011-Q2 in its entirety, visit http://www.TexasRealEstate.com.

About the Texas Quarterly Housing Report

Data for the Texas Quarterly Housing Report is analyzed by the Real Estate Center at Texas A&M University using statistics compiled from 47 multiple listing services in markets throughout Texas. The report includes data for single-family home sales over the course of one quarter and is scheduled for release by the Texas Association of Realtors on the following dates each year (or the next business day): Feb. 1, May 1, Aug. 1 and Nov. 1.

About the Texas Association of REALTORS®

With more than 80,000 members, the Texas Association of REALTORS® is a professional membership organization that represents all aspects of real estate in Texas. We advocate on behalf of Texas REALTORS® and private-property owners to keep homeownership affordable, protect private-property rights, and promote public policies that benefit homeowners. Visit TexasRealEstate.com to learn more.

Identity Theft: Americans Are Still Surprised When They’re a Victim of the Most Common Crime in America 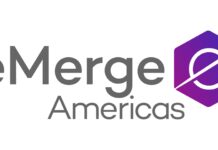 Identity Theft: Americans Are Still Surprised When They’re a Victim of...