PHOENIX, March 20, 2013 /PRNewswire-HISPANIC PR WIRE/ — A geneticist and pediatrician who played a key role in developing the uniform panel of serious disorders for which nearly every baby in the United States now is tested has received the March of Dimes Col. Harland D. Sanders Lifetime Achievement Award in Genetics.

Dr. Howell is credited with leading his colleagues in evaluating and creating the core list of newborn screening tests for genetic or functional conditions that can be catastrophic to a baby if not detected early. In many cases, early diagnosis and treatment can prevent or lessen the severity of these conditions. Today, these screening tests are administered to nearly all of the babies born in the US each year and expansion of newborn screening is a key public health accomplishment.

“Newborn screening saves babies’ lives and gives thousands each year a chance for healthy development,” said Dr. Simpson. “Dr. Howell’s leadership and commitment to the welfare of children was invaluable to the public health effort to close the newborn screening gaps that existed among states. Dr. Howell has a unique ability to translate research findings into medical practice that helps give every baby a chance at a healthy start in life.”

Dr. Howell is a child advocate, having dedicated his knowledge and skills to making a difference in children’s lives.

Dr. Howell is a member of the Hussman Institute for Human Genomics. He has served both as president of the American College of Genetics and Genomics, and later as president of its Foundation.

During his long career, he was senior advisor to the director at the Eunice Kennedy Shriver National Institute of Child Health and Human Development (2004-2011), and the founding chair of the U.S. Department of Health and Human Services Secretary’s Advisory Committee of Heritable Disorders in Newborns and Children. He has co-authored more than 150 research papers dealing with genetic and metabolic diseases in children.

Dr. Howell is a graduate of Duke University Medical School and Davidson College in North Carolina.

Established in 1986, the March of Dimes/Colonel Harland Sanders Award is given annually to an individual whose lifetime body of research and education has made significant contributions to the genetic sciences.

In 2013, the March of Dimes celebrates its 75th Anniversary and its ongoing work to help babies get a healthy start in life. Early research led to the Salk and Sabin polio vaccines that all babies still receive. Other breakthroughs include new treatments for premature infants and children with birth defects. Nearly 4 million babies are born in the United States each year and for the past 75 years, the March of Dimes has helped each and every one of them through research, education, vaccines and breakthroughs.

The March of Dimes is the leading non-profit organization for pregnancy and baby health. With chapters nationwide and its premiere event, March for Babies©, the March of Dimes works to improve the health of babies by preventing birth defects, premature birth and infant mortality. For the latest resources and information, visit marchofdimes.com or nacersano.org. Find us on Facebook and follow us on Twitter. 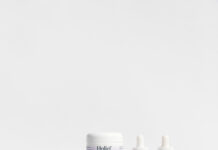