Search
Home News Channels General March of Dimes Honors the Half a Million Infants Born too Soon...
News provided by:

WHITE PLAINS, N.Y., Nov. 1, 2010 /PRNewswire-HISPANIC PR WIRE/ — More than half a million babies are born too soon each year and thousands don’t live to celebrate their first birthday as a result.

November is Prematurity Awareness Month, and people can learn more about the seriousness of premature birth, donate, or create a virtual band to celebrate, honor or remember a baby in their life at the March of Dimes web site – marchofdimes.com/fight.

On November 17, the March of Dimes will mark the 8th annual Prematurity Awareness Day by issuing its 2010 Premature Birth Report Card, which grades the nation and the states on their preterm birth rates.

“We are helping everyone understand the importance of a full-term pregnancy,” said Dr. Jennifer L. Howse, president of the March of Dimes. “The last few weeks of pregnancy are critical to a baby because many important organs, including the brain, need this time to completely develop.”

Dr. Howse noted that many people do not fully appreciate the importance of the final weeks of pregnancy to a baby. More than two-thirds of new or expectant moms do not know the correct definition of preterm birth, (less than 37 weeks gestation), and most have not discussed the risks and consequences of preterm birth with their healthcare provider, according to a survey by the March of Dimes and its partners. Dr. Howse said early prenatal care, and a discussion about lifestyle habits, any chronic illnesses, and medical history, can give more babies a better chance of a healthy birth by identifying risks early.

Following three decades of increases, the nation achieved its first two-year decline in the preterm birth rate in 2008, a 4 percent drop from 2006. The preliminary preterm birth rate dropped to 12.3 percent in 2008, down from the 2006 final rate of 12.8 percent. The March of Dimes says 79 percent of the decline occurred among babies born just a few weeks too soon.

This improvement is modest, the March of Dimes says, and the fact remains that more than half a million babies are born preterm each year. Preterm birth is a serious health problem that costs the United States more than $26 billion annually. It is the leading cause of newborn death, and babies who survive often face the risk of lifetime health challenges, including learning disabilities, cerebral palsy and intellectual disabilities.

March of Dimes Prematurity Awareness Day(R) is sponsored by CIGNA, FedEx, Destination Maternity and Hologic. On Nov. 17, Farmers Insurance, a March of Dimes sponsor, is sponsoring a six-hour marathon of the Discovery Health series NICU, which shows the experiences of babies fighting for their lives in a newborn intensive care unit.

As part of Prematurity Awareness Month(R), March of Dimes staff and volunteers nationwide will host vigils, and light buildings in purple to draw attention to the epidemic of preterm birth. The March of Dimes also has been working with organizations in Africa, Australia and Europe that are raising awareness about the consequences of preterm births.

The March of Dimes is the leading nonprofit organization for pregnancy and baby health. With chapters nationwide, the March of Dimes works to improve the health of babies by preventing birth defects, premature birth and infant mortality. For the latest resources and information, visit marchofdimes.com or http://nacersano.org. 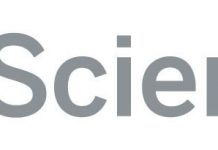