Minneapolis, MN–(BUSINESS WIRE)–September 27, 2007–MoneyGram announced today that Berneita Carter of Laurel, MD is the 2007 grand prize winner of MoneyGram’s annual “Win $100,000 To Buy A House For Mom” Sweepstakes. Carter, a native of Jamaica, selected the one-time payment option instead of collecting the prize in six installments, so she received a check for $50,000.

Any international or domestic transactions sent from MoneyGram’s money transfer agent locations in the U.S., as well as online transactions sent via MoneyGram eMoney Transfer between April 1 and May 31, 2007 were automatically entered in the drawing. There was also a “no purchase necessary” method of entry where interested consumers could have entered the sweepstakes by mail.

Carter, a mother of four grown sons, was retired when she moved to the U.S. ten years ago to help care for her grandchildren. She now works as a custodian in an elementary school and often sends money transfers as gifts to her extended family still living in Jamaica. The MoneyGram money transfer of $150 that she sent to her brother on April 5, 2007 through the Wal-Mart store in Laurel was randomly selected as the winning entry.

“I still can’t believe it,” said Carter, who has not made any plans yet on how she will use her prize.

The grand prize winner is not required to use the prize money to “buy a house for Mom,” but many winners over the years have used the winnings to help their mothers. The 12-year-old sweepstakes is timed each year to occur during the weeks surrounding Mother’s Day, a time when many people observe that holiday by sending money transfers to their mothers living far away.

MoneyGram is also awarding 50 first prizes of $500 each. Those winners will be notified by the end of October. A complete list of rules for the promotion is available on the MoneyGram website at http://www.moneygram.com.

* Subject to agent availability and hours of operation. 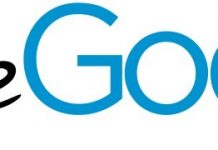 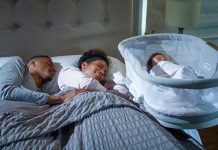