To view the multimedia assets associated with this release, please click http://www.prnewswire.com/news-releases/mun2-announces-us-premiere-of-mexicos-hit-series-soy-tu-fan-104450549.html

A passion project for Gael Garcia Bernal and Diego Luna, the acclaimed Mexican stars of Oscar-nominated “Y Tu Mama Tambien” and “Rudo y Cursi,” “Soy Tu Fan” introduces viewers to a group of young friends searching for love, sex and themselves in Mexico City. Famed actress Ana Claudia Talancon (Tear this Heart Out) also serves as Producer and stars in the lead role as the romantically-challenged Charly.

Charly – young, attractive and freshly dumped by her cheating boyfriend, is on the rebound. Her best friends are busy trying to find the perfect relationship, split between a fear of commitment and finding the perfect man. They arent helping. Unaware of her beauty, depressed by the break-up, and afraid of never finding true love, Charly finds herself moping around her apartment alongside her dog, drinking scotch with her grandma, and venting out to her therapist week after week. Charlys swinging soap star brother Diego (Diego Garcia) has problems of his own, namely juggling several groupies and keeping them a secret from his co-star and girlfriend.

“The series is another opportunity to further create a unique platform for US Latinos, mun2 is all about celebrating the two worlds we live in day in and day out,” says Flavio Morales, SVP Programming and Production for mun2. “This show further demonstrates that whether original or acquired, it can live as a uniquely American experience, para todos.”

In the first episode, Charly meets her biggest annoyance, Nicolas, who has become her biggest fan. Hes not exactly her idea of prince charming – “I hate the way he dances, the way he talks, his shoes!” she admits to her therapist. She isnt sure hes what she wants. But he may just be what she needs.

Each episode takes viewers through a scenic, colorful tour of Mexico City. From the trendiest cafes and hottest night clubs to-date, to the cities oldest, most-visited landmarks and avenues, “Soy Tu Fan” showcases Mexico City as one of the series rich and vibrant characters.

mun2 will champion the US premiere of the romantic comedy by including in-show mentions, and episodic updates of the series throughout its original properties, including “18 and Over,” “The mun2 Shuffle” and “Reventon Countdown.” mun2 resident hosts Yarel Ramos, Guadalupe Venegas and Pico will connect with “Soy Tu Fan” viewers through their respective shows, unveil sneak peeks of upcoming episodes, share their exciting thoughts throughout the season, and invite viewers to share their favorite “Soy Tu Fan” moments via holamun2.com/fan.

The series features an international, unprecedented soundtrack, to be released in the United States soon.

“Soy Tu Fan” is produced by Canana Films, FOX and Once TV Mexico.

For an exclusive look at the first episode of “Soy Tu Fan,” visit http://www.holamun2.com/fan.

mun2 (moon-dos) is the lifestyle cable network for todays culture connectors (C2s) – bicultural Latinos 18-34. As the bilingual network that amplifies the Latinos experience, mun2 is culturally-grounded and reflects the best of both worlds – mun2 is uniquely American. From reality to music, on-air to digital, mun2 creates original content across a multi-screen platform. As the only nationally measured bilingual cable network by Nielsen NTI, mun2 has an increased distribution to over 35 million households, and is a part of the Telemundo Communications Group, a division of NBC Universal.

holamun2 features exclusive interviews, original videos, entertainment news, interaction with other mun2 fans and ways to vote for whats next on mun2. From politics and pop to videos and video games, holamun2.com is the online destination devoted to the lifestyles of bicultural Latinos. 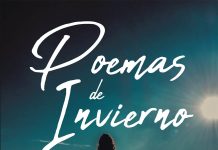 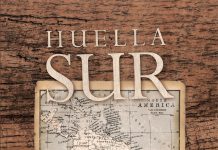 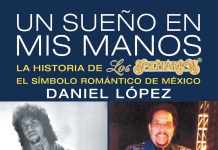 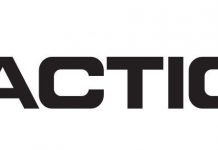 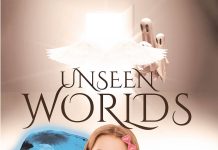 Lorena Samano’s new book “Unseen Worlds” is an enchanting tale of a young girl with the power to see the supernatural world and its...