Miami, FL–(HISPANIC PR WIRE)–June 3, 2002–mun2 televisión, the new cable alternative for young U.S. Latinos, announced that beginning June 9, its “Jamz” show will exclusively focus on Reggaeton, a musical form combining Hip Hop, Rap and Reggae, originated some seven years ago in Puerto Rico and now, thanks to mun2, dramatically extended to the rest of the U.S. Hosted by Taino, Jamz is broadcast on mun2 every Sunday at 10PM ET/PT.

Reggaeton originated in the underground world of neighborhood gangs in Puerto Rico. In its brief history, it has been highly praised by its many followers, who see in this new music a symbolic value and a form of “cultural liberation” from Anglo rap.

“This is a form of musical expression that is very well liked by young people, and having already gained popularity in the Caribbean, we felt that Reggaeton was ideal for our young Urban Latinos in the U.S. and this is why and we felt it was important to give it its own space at mun2,” said Yolanda Foster, Vice President of Programming, mun2 televisión. 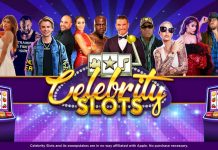