Beaverton, Ore,–(HISPANIC PR WIRE)–Jan. 20, 2003–NIKE, Inc. announced today it has signed an agreement with the Mexican Soccer Federation to be the official footwear, apparel and equipment sponsor for the Mexican National Soccer Teams. As part of this agreement, Nike will be the exclusive provider of apparel and equipment for the team and will also provide its most innovative soccer footwear to those players selecting to wear Nike.

“We are proud to announce our new partnership with the Mexican National Soccer Teams,” said Don Remlinger, Global Brand Director of Nike Soccer. As the exclusive product sponsor for the Mexico National Teams, we plan to provide the teams with our most innovative products to help them perform their best on the field. Nike has always been about inspiring athletes and creating the world’s best performance footwear, apparel and equipment products and this association underscores our commitment to the future of the sport and the players in Mexico.”

The Mexican National Team continues to inspire soccer fans in Mexico and abroad as they solidify their position in the global game of soccer and prepare for the upcoming 2006 World Cup in Germany.

“The FMF is honored to have the support and sponsorship of a brand like Nike, that outfits high-stature soccer clubs such as Barcelona, Boca Juniors or Manchester United and teams like Brazil and USA,” mentioned Alberto de la Torre, president of the Mexican Soccer Federation. “We trust that Nike will be able to provide us with the best technology in order to continue to improve the performance of the team that will represent Mexico in Germany in 2006,” he added.

The Mexican team will sport two different uniforms: the home and the visitor uniform that will incorporate the innovative Cool Motion technology, a concept that Nike developed to help the body regulate its own temperature regardless of the weather conditions, resulting in improved physical performance for players during the game. Training clothes that use the DRI FIT technology will complement the uniforms. Nike is offering the Mexican National Team its experience in innovation and technology, which will help the players improve their performance during each game.

Initially, the Mexican National Team will sport temporary uniforms due to timing of the agreement with the official launch expected to take place during the first half of 2003.

“As a Mexican, I feel very proud of the new partnership that starts today between Nike and our national soccer team,” said Carlos García de la Cadena, general manager of Nike Mexico. “We are committed to providing the country and the National Teams with innovation and inspiration in every product to help them reach its best performance on the field,” he added. “Nike sees the Mexican National Team as a fountain of inspiration to Mexicans here and in the United States.”

Nike, Inc., based in Beaverton, Oregon, is the world’s leading designer and marketer of authentic athletic footwear, apparel, equipment and accessories for a wide variety of sports and fitness activities. Wholly owned Nike subsidiaries include Bauer Nike Hockey Inc., the world’ leading manufacturer of hockey equipment; Cole Haanâ, which markets a line of high-quality men’s and women’s footwear, accessories and outerwear, and Hurley International LLC, which markets action sports and teen lifestyle apparel.

Based in Mexico City, the Mexican Soccer Federation has the objective of promoting, organizing, directing and broadcasting soccer in all its forms known and regulated by FIFA, and authorizing and supervising the professional, national, statewide and regional competitions in their diverse categories: First Division, First Division “A”, Amateur Sector, Basic Forces and University League; observing and applying the rules of the game strictly according to FIFA. The current FMF President is Mr. Alberto de la Torre. 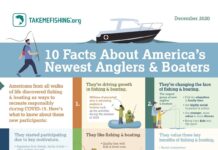 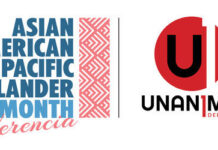 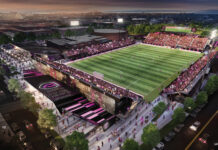