ATLANTA, March 28, 2014 /PRNewswire-HISPANIC PR WIRE/ — HolaDoctor, the leading health website for Hispanics, conducted a survey of Hispanics in February to learn about their opinion of the Affordable Care Act and their plans to purchase this enrollment cycle. The survey was conducted in Spanish and involved almost 700 respondents, of which those reporting not possessing legal residency were excluded from the survey analysis. Of all respondents, 62% reported that they did not have insurance, and 57% reported having intentions to buy a plan via Obamacare (the term Obamacare was used as it is more well-known in the Hispanic community). Of those who do not have health insurance, 77% said they planned on buying a plan via the health insurance marketplace; however, the majority (55%) reported that they would buy a plan in March rather than in February.

These findings show that many Hispanics intend to buy health insurance during this enrollment period, confirming predictions that enrollment will be higher in March than in other months. The survey also revealed Hispanics’ opinions about Obamacare: 67% of all respondents had a positive view of Obamacare. This overall positivity towards the plan was observed despite the fact that 51% of all respondents and 53% of those without insurance did not know the government offers financial help to buy insurance. “These statistics show us that the Hispanic community is open to Obamacare, but they still need more information in order to really understand the law and enroll in the health insurance exchanges,” says Dirk Schroeder, Executive Vice President and Chief Medical Officer of HolaDoctor.

The survey also shed light on the best ways to reach Hispanics through marketing and enrollment tactics; for example, 47% percent of respondents filled out the survey via a mobile device (phone or tablet), demonstrating the opportunities of mobile outreach and marketing. In addition, 49% of all respondents without insurance who intended to buy through the health insurance marketplace planned on enrolling in person, while 31% reported intentions to enroll via the Internet. Finally, 49% of all respondents who did not have insurance and reported that they did not intend to buy cited the price of the plans or their low-incomes as reasons for not purchasing a plan. It is possible that some who cited that their income is too low come from states where Medicaid is not expanding and single adults with low incomes will not receive financial aid to pay for plans. However these results also show that more attention should be focused on showing the value of paying for health insurance and presenting government subsidies as a way to assuage costs.

HolaDoctor® is a leading Hispanic health company. Founded in 1999, HolaDoctor manages the largest online community of Hispanics interested in health and wellness and is the exclusive partner of Univision Interactive Media for health content. HolaDoctor also provides strategic marketing, communications, and consulting services to healthcare companies seeking to grow the business with Hispanic consumers in the United States and internationally. The company has broad experience in the health care law (Affordable Care Act) [http://holadoctor.com/es/seguros-de-salud ], health insurance, obesity and diabetes, among other key areas, to increase access to health care and reduce disparities among Hispanics. Headquartered in Atlanta, Georgia, with offices in South Florida and Latin America, HolaDoctor serves a growing customer base throughout the Western Hemisphere. For more information, visit http://www.holadoctor.net . 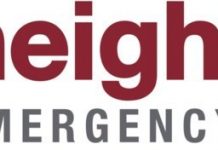 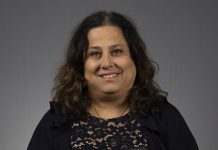 If you bought Ginkgold® ginkgo biloba extract, you could get money from a class action settlement

Online Survey Reveals Hispanics Possess a Limited Understanding of Obamacare, Despite Being in Favor of the Plan