PANAMA CITY, April 5, 2014 /PRNewswire-HISPANIC PR WIRE/ — Panama’s Metro/Subway will open today, becoming the first Subway in Panama and Central America. Odebrecht was the leader responsible for the construction of Metro Line One of Panama, which has 13.7 kilometers, of which 7.5 would be underground, 4.9 elevated and 1.5 higher in trenches.

“Our challenge was to not only meet the timelines, but to have the adequate manpower for this kind of project because it was the first time a Metro was being built in Central America,” says Arturo Graell, Director of institutional Relations of Odebrecht in Panama.

Those living in or visiting Panama are familiar with serious traffic problems facing the city. Line 1 of the Panama Metro, expects to benefit thousands of people moving daily in Panama city, covering a distance of 13.7 kilometers ranging from Albrook to Los Andes, and in the future to San Isidro.

“The Metro will change my life,” says Luis Gonzales, a resident of Pan de Azucar. Gonzales, who gets up every day at 4 a.m. and takes over two hours to get to work, is one of the many beneficiaries of this new transport system.

The estimated time to get from north to south of the city with the new subway is 23 minutes long, has a carrying capacity of 600 people per train, and can transport more than 15,000 people during rush hour.

According to Arturo Graell the Panama Metro is a fast, reliable and safe mode of transportation. “In Odebrecht we are proud to be part of this important project because Odebrecht Panama managed to generate more than 5,000 jobs with the construction of the Metro, most of them local workers, who were trained by construction experts,” concludes Graell. 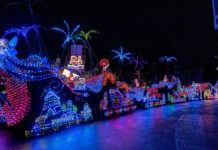 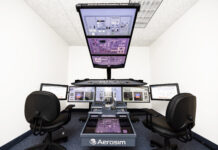