A new study released Tuesday examines what influences the views of America’s fastest growing population group—Hispanics. The study, Hispanic America: Faith, Values & Priorities, reveals Hispanic Americans’ attitudes about faith, family and societal issues and gives insights into how their views will impact the political, social and economic climate in the U.S.

— 54% identify themselves first as Hispanic or Latino before American, Catholic or Christian

— 42% say the Bible influences their views of political and social issues; however, four out of ten Hispanics (43%) read the Good Book less than once a year

— Hispanics believe the No. 1 way they contribute to American society is through their commitment to family

— When faced with a moral or ethical choice, approximately one-fourth (22%) of those surveyed make choices based on principles or standards they believe in say they should do; those standards were most commonly defined by their parents or the Bible

Highlights and full findings are available at http://Hispanics.Barna.org .

By 2050, it is predicted there will be no ethnic or racial majority in the U.S. and Hispanics are projected to make up 25 to 30 percent of the population. Thus, the impact of beliefs and behaviors of Hispanic Americans is becoming increasingly significant.

“The 2012 election catapulted the importance of the Latino demographic to the proverbial stratosphere. Both our vertical optics and our horizontal priorities enable us to contextualize the narrative of a community that stands poised to transform America; spiritually, socially, and politically. This study affirms the historical trans generational commitment to a Christian worldview. Faith and family are the main building blocks of Hispanic Americans,” said Rev. Samuel Rodriquez, president of the National Hispanic Christian Leadership Conference and named by CNN as a leader of the Hispanic Evangelical movement.

“The most compelling finding out of our study centers around the concept of ‘La familia’, Rodriguez continued. “Synoptically, the family matters and carries both an intrinsic and extrinsic value to the Latino. We are people of both faith and family. This study reinforces what I deem as the prophetic imperative of the community. We are both a vertical and horizontal people committed to reconciling sanctification with service, orthodoxy with orthopraxy, the image of God with the habits of Christ, faith with education, righteousness with justice, conviction with compassion and holiness with humility-given the rapid growth of Hispanics in American, it is time to give more attention to this important segment of the American landscape.”

Coinciding with the report’s launch is the announcement by Barna Group of its creation of a Hispanic division.

“The election was yet another indicator of the growing influence of Hispanic America,” said Barna Group President David Kinnaman. “We think this group is so significant that we are creating a new division at Barna to take a deeper look at what this important demographic is really thinking about faith, values, churches and themselves.”

The Hispanic America: Faith, Values & Priorities survey was conducted by Barna Group in partnership with American Bible Society, the National Hispanic Christian Leadership Conference and OneHope. A total of 2,046 interviews (1,044 online and 1,002 by phone) were conducted among Hispanics age 18 and older living in the U.S. in August and September 2012.

For interviews and complete survey methodology, contact Martha (Matti) Stevenson at 719.360.0586 or matti@mattimediagroup.com. 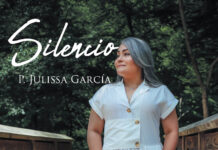 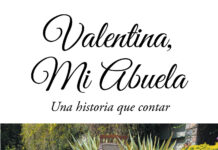 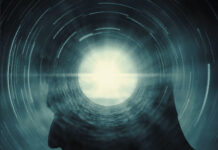 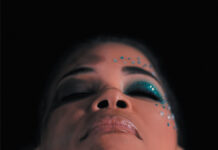 Insights Into Fastest-growing Population Segment in the U.S.