New nationwide statistics shows a 3 percent decline in the preterm birth rate, according to a report released today by the National Center for Health Statistics.

March of Dimes officials say they are encouraged and hope that the decline is a new trend in infant health. The data are based on 99.9 percent of U.S. births and the improvement must be confirmed in the final data.

“We’re beginning to see the benefits of years of hard work by the March of Dimes and its partners. This decline, although small, is heartening,” said Dr. Jennifer L. Howse, president of the March of Dimes. “It means about 14,000 babies were spared the health risks of an early birth. We hope that this is just the beginning of what’s possible, and that efforts such as health care reform and our programs to make women and their doctors aware of things they can do to lower the risk of a preterm birth will continue to bear fruit in years to come.”

The preterm birth rate dropped to 12.3 percent, according to the report, “Births: Preliminary Data for 2008,” which was released today by the National Center for Heath Statistics. That’s down from the 2007 preliminary rate of 12.7 percent. The declines follow a more than 20 percent increase in the preterm birth rate between 1990 and 2006.

Premature birth is a serious and costly problem, the March of Dimes says. Even with the decline in the preterm birth rate, more than a half million babies are born too soon in the United States each year, costing the nation more than $26 billion annually. Babies who survive an early birth often face lifelong health challenges, including cerebral palsy, blindness, hearing loss, learning disabilities, and other chronic conditions. Even infants born “late preterm” — between 34 and 36 weeks gestation – have a greater risk of re-hospitalization, breathing problems, feeding difficulties, temperature instability (hypothermia), jaundice, delayed brain development and learning problems.

The March of Dimes says 79 percent of the decline in the preterm birth rate occurred among late preterm babies.

There are known strategies that can lower the risk an early birth — such as smoking cessation programs, progesterone treatments for women with a history of preterm birth, avoiding multiples from fertility treatments and avoiding unnecessary c-sections and inductions before 39 weeks.

The March of Dimes is the leading nonprofit organization for pregnancy and baby health. With chapters nationwide and its premier event, March for Babies(R), the March of Dimes works to improve the health of babies by preventing birth defects, premature birth and infant mortality. The March for Babies is sponsored nationally by the March of Dimes number one corporate supporter Kmart, Farmers Insurance Group, CIGNA, Continental Airlines, Famous Footwear, FedEx, sanofi pasteur, First Response, and Mission Pharmacal. To join an event near you, visit marchforbabies.org. For more information, go to the March of Dimes Web site at marchofdimes.com or its Spanish language Web site at nacersano.org. 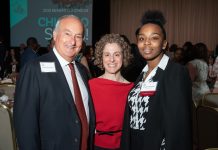