MIAMI, Nov. 9, 2015 /PRNewswire-HISPANIC PR WIRE/ — Enjoying commercial crossover success with his new production in English, the nominated to the 2015 Latin Grammys, Prince Royce joins the impressive lineup for the historic “Grand Slam Party Latino” where many renowned Latin music stars will perform on Saturday, December 5, 2015 at Marlins Park in Miami. The musical extravaganza will feature a multimillion-dollar production, a revolving stage, lights, lasers and sound from the best concert technology available today. SBS Entertainment (SBSE) will produce the event in association with Marlins Park. EL ZOL 106.7FM, ZETA 92.3FM and I-95FM 95.7FM will serve as official radio stations. La Musica and MegaTV will be present as well as presenters of the event. Title sponsors for Grand Slam Party Latino include Sprint and Farmacias Navarro. The event is also presented by: Estrella Insurance with Florida Blue, Heineken, Dominican Republic Tourism and Acura. Tickets are available at the Marlins Park box office or online at www.tickets.com. In the last five years, the singer-songwriter and winner of multiple awards, Prince Royce has placed 10 songs atop the Billboard charts and has been awarded 20 Billboard Latin Music Awards, 16 Premio Lo Nuestro, 19 Premio Juventud (Youth Awards) and 8 nominations to the Latin Grammys. The New York born singer of Dominican ancestry has an impressive fan base that exceeds 32 million followers on Facebook. His videos have been seen more than 1 billion times online and he had sold out performances at the most prestigious venues in Latin America, as well as in the United States; including Radio City Music Hall, the Microsoft Theatre (formerly Nokia Theatre) and the theatre at Madison Square Garden. At age 22, he won songwriter of the year at the 2012 Billboard Latin Music Awards, becoming the youngest person ever to receive the honor and in 2013 BMI named him Latino songwriter of the year. He recently released his first English album entitled “Double Vision” featuring the hits “Back It Up” and “Stuck On A Feeling.” He has been nominated to the 2015 Latin Grammy Awards for best urban song for “Back It Up” and he just completed a U.S. tour as a special guest of Ariana Grande.

“The success story of Prince Royce resembles that of millions of Latinos in the United States who, with hard work and perseverance, are achieving the American dream. It is an honor to have Prince Royce perform at this event, as it was to have had his first career performance some years ago in another SBS concert. His connection with Latino youth is profound and I’m sure that his new crossover album will be successful thanks to the bilingual and bicultural millennial youth that enjoy his music” said Lucas Pina, Sr. VP at SBS Entertainment.

The company produces CALIBASH, recognized in the industry as the most important concert of urban Latin music in the world; among other important annual signature events and major tours.

For interviews, media credentials, and other questions please contact: 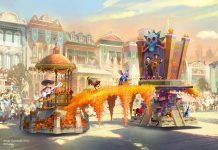 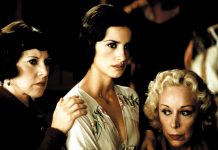